*SEE BELOW for links to VIDEOS related to Rush History.*

Learn more about the Time Capsules salvaged from the cornerstones of historic Rush buildings that were demolished in 2016:

Learn more about the Historic Salvage Project for the demolished Superblock buildings: 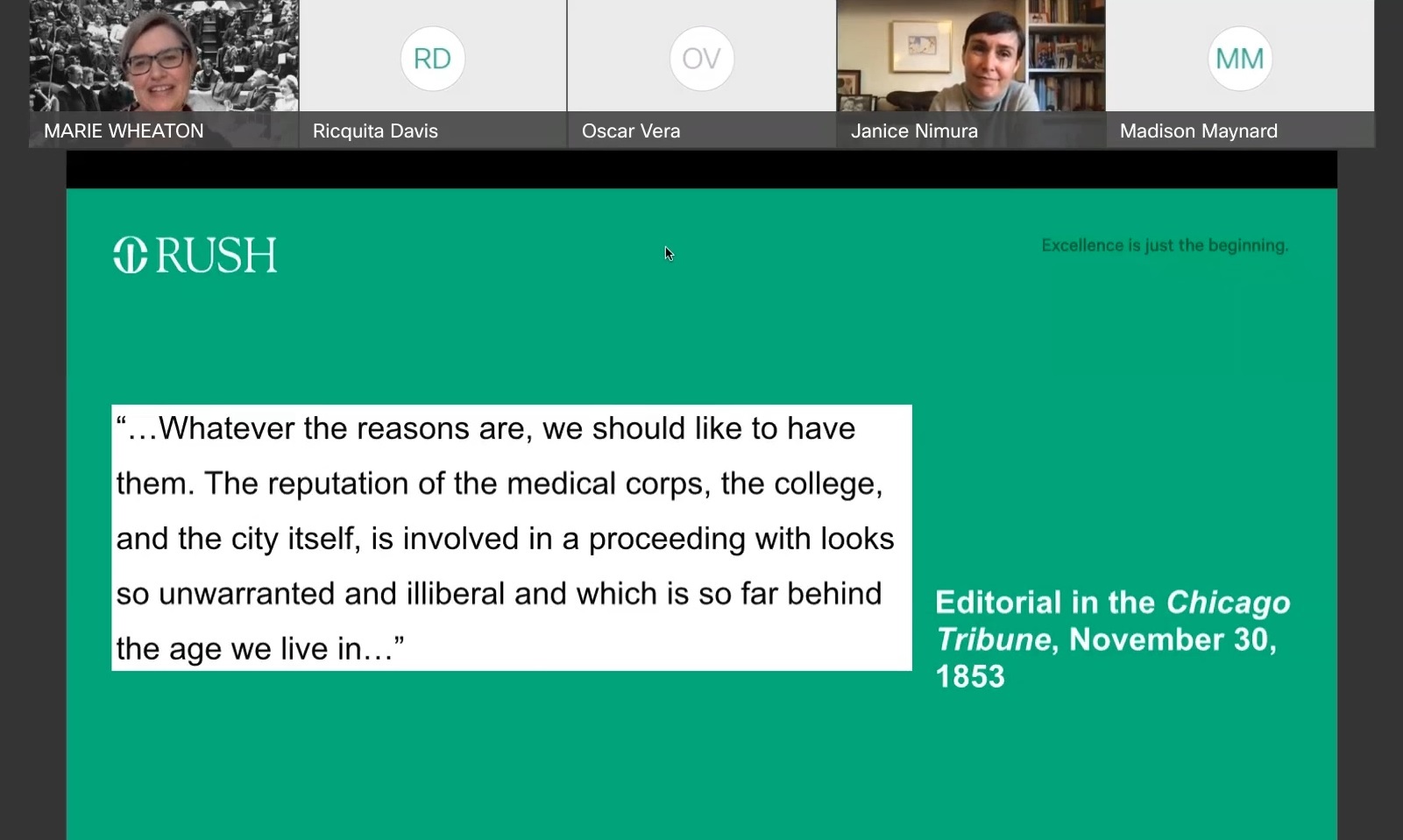 Janice Nimura's award-winning book, The Doctors Blackwell: How Two Pioneering Sisters Brought Medicine to Women and Women to Medicine, delves into the lives of Elizabeth Blackwell and Emily Blackwell (who briefly attended Rush Medical College, 1852-1853), the first women to receive medical degrees in the United States.

For more on Janice Nimura and The Doctors Blackwell: janicenimura.com

Looking Back and Looking Forward: Diversity and Anti-Racism in Rush’s Past and Present (2020) [RT 55:00] 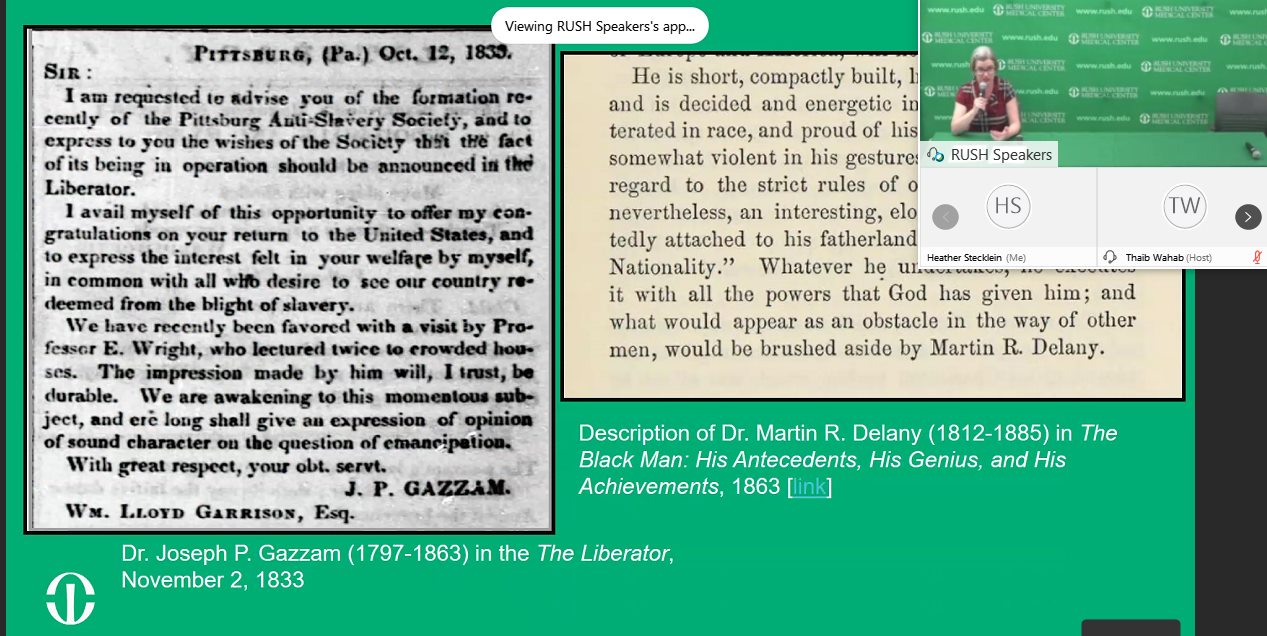 Hosted by Rush Alumni Relations: A virtual event featuring Rush University Medical Center archivist, Nathalie Wheaton, MSLS, and a student representative for Rush's Racial Justice Action Committee and current third-year in the medical college, Niyi Soetan. We will start by exploring Rush's past and how Rush Medical College awarded David Jones Peck, MD, a doctor of medicine degree in 1847, making him the first Black person to receive this distinction from an American medical school. While learning more about Dr. Peck and his history at Rush, Niyi will help connect the past to the present with his personal experiences in medical school as a Black man and how that dovetails with current diversity and anti-racism efforts at Rush. [Presented September 30, 2020.] [LINK]