The Story of Rush's Seal and More 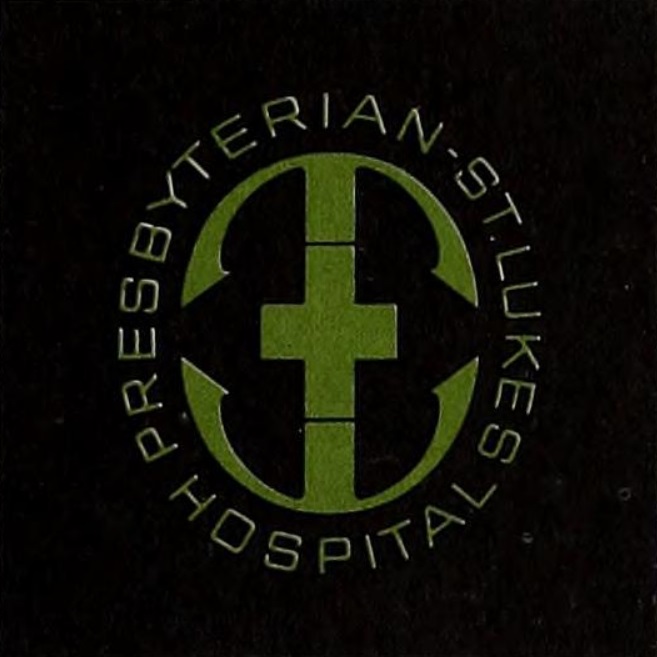 The Rush Symbol: What does it mean?

Its origins date back to the mid-1950s, when Presbyterian and St. Luke’s Hospitals merged. A seal was created to represent the merger of these two historic Chicago hospitals, with their common Christian heritage. The “anchor cross” is an historic Christian symbol of hope and steadfastness. When the two hospitals merged, two anchor crosses were merged, to create a symbol that first appeared in the 1957 annual report of Presbyterian-St. Luke’s Hospital.

With the incorporation of Rush-Presbyterian-St. Luke’s Medical Center in late October 1969 a new logomark was needed. Soon thereafter general surgeon Steven Economou, MD, who was an avid graphic artist, created the modern logo, which is a secular version of the anchor cross seal, as it has no horizontal cross piece. This symbol first appeared on the masthead of the January 1971 issue of NewsRounds, the Medical Center’s employee newsletter.

In 1993 the modern logo was further refined by the graphic design firm of Kurtzman Slavin Communications to the shape it now has. This symbol and the word “RUSH” became our logomark. The font of the word “RUSH” is Goudy Oldstyle.

The current logomark (2003) uses this stylized symbol with the new, full name of the medical center, Rush University Medical Center, next to it.

The Seal of Rush University

From the Catalog of Rush University: 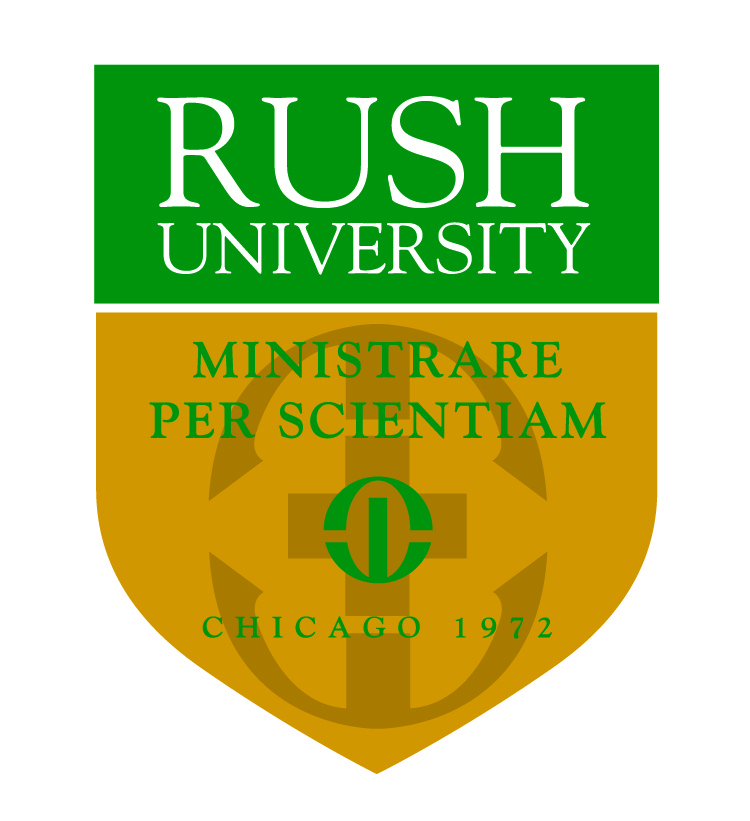 The seal of Rush University is a shield, a classic Greek symbol of preservation and protection and also a medieval British emblem used for identification. As such, it recognizes the University's overarching commitment to educating health professionals who preserve life and protect patients, and it is the distinguishing identification of Rush University. Its two colors, green and gold, merge the tradition of the past with the custom of the present as old gold was the single historical color of Rush Medical College and green is used for the modern Medical Center.

The motto, ministrare per scientiam, translated from Latin, means to minister (care for or serve) through scientific knowledge. It was adopted by the Board of Trustees in September 1993 to reflect the commitment to educate caring professionals whose practice is based in knowledge.

The shadow in the background is the anchor cross, a symbol of hope and steadfastness, which became the emblem of the merged Presbyterian and St. Luke's hospitals in 1957 and the foundation that created the vision for Rush University. Superimposed on top is the stylized version of the anchor cross that was adopted in 1971 upon the merger of Rush Medical College and Presbyterian-St. Luke's Hospital. The final elements are Chicago, the city that is home to the University, and the date of the University's founding, 1972. The Rush University Board of Overseers adopted the seal in 1999.

See also: The Legacy of Nursing at Rush