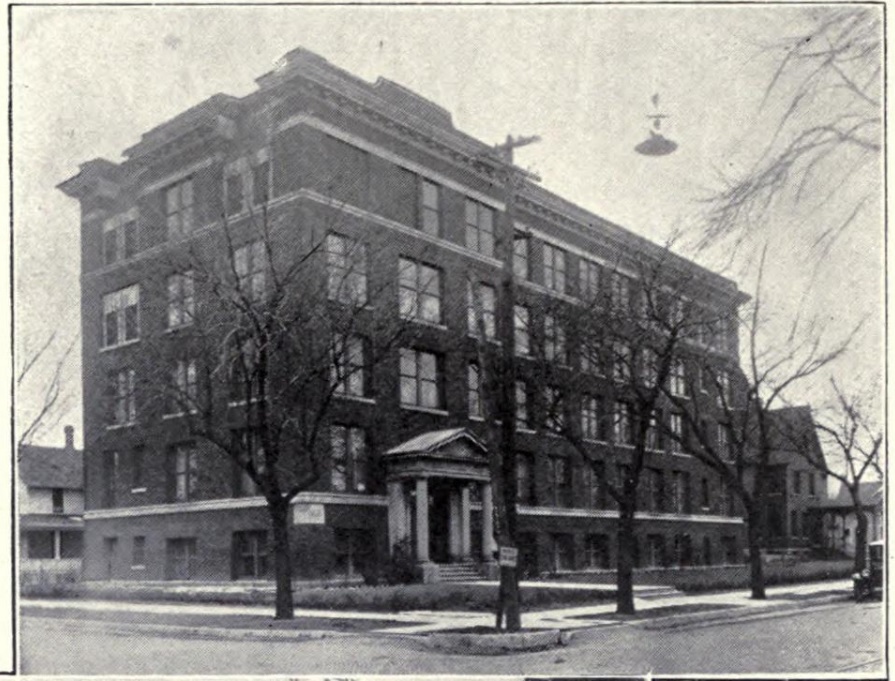 More than 130 years ago, a child was found unconscious in a play yard in Aurora. There was no hospital at the time, so the child was taken to the local jail. That moment, according to historical accounts, provided the motivation for local residents to open Aurora City Hospital in 1886.

The opening of the hospital created a need for more people skilled in nursing to care for patients. In 1893, the Aurora Hospital Association established a School of Nursing. In 1980, the Copley School of Nursing became part of Aurora University.

In 1905, community giving made it possible to expand the hospital. Five years later, the Aurora City Hospital Association realized the expanded facility wasn’t large enough to meet patient needs. The community banded together again, raising $103,000 to construct a five-story hospital with nearly 100 beds.

Opening in 1916, the new hospital was a full-scale community hospital and the American Hospital Association’s showcase — in fact, it appeared on the cover of Modern Hospital magazine. The hospital had 23 private rooms and capacity for 100 patients.

Planning for a new wing began in 1927 but was soon halted due to limited funds during the Depression. Ira C. Copley, newspaper publisher and philanthropist, and his wife, Edith, pledged to the project with a gift of $1 million in 1930 that guaranteed its completion.

The six-story West Wing was completed in 1932, and the hospital was renamed Copley Hospital in gratitude to Copley.

The South Wing was built in 1946, bringing the bed total to 200. In 1947, Copley died and left a $1 million endowment to the hospital. In his memory, the hospital was renamed Copley Memorial Hospital.

In 1970, the East Wing opened, which made Copley Memorial a 319-bed hospital, tripling its original size. In 1976, the hospital established the Aurora Cancer Treatment Center, the Children’s Health Center and Cardiac Rehabilitation.

In 1992, groundbreaking began on a new hospital, and Rush Copley Medical Center opened its current location three years later with 144 beds. It became the premier regional medical center for the greater Fox Valley area, with expansion into Yorkville with Rush Copley Healthcare Center.

NOTE: Although the Rush University Medical Center Archives does not hold the institutional records of Rush Copley Medical Center, we welcome questions regarding its history. We will try to provide users with relevant resources or connect researchers to appropriate channels for assistance.