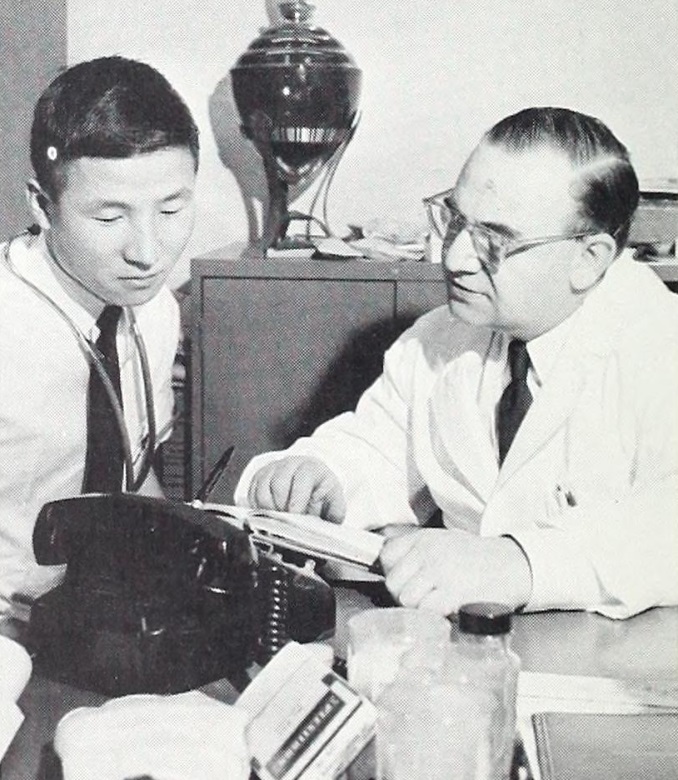 Gdalman was a graduate of the University of Illinois College of Pharmacy who joined the staff at Rush’s historic St. Luke’s Hospital* in 1930.

In 1958, Gdalman organized the first Poison Control Center, which became the master Poison Control Information Center for Chicago. In 1969, he was named chairman of the State Board of Pharmacy and appointed to the Governor’s Advisory Council.

CAPTION: Louis Gdalman, RPh, helping an intern, from NewsRounds, September 1975, page 4. At the time of his retirement in 1975, NewsRounds highlighted Gdalman and his accomplishments in his profession, poison control, and at Rush. [1]

The Rush Archives highly recommends the Radiolab (WNYC) episode, "Poison Control," for an in-depth look at Gdalman, the creation of poison control centers and their lifesaving function. [3]