December is AIDS Awareness Month. December 1st is designated as World AIDS Day. World AIDS Day was founded in 1988 as the first ever global health day. 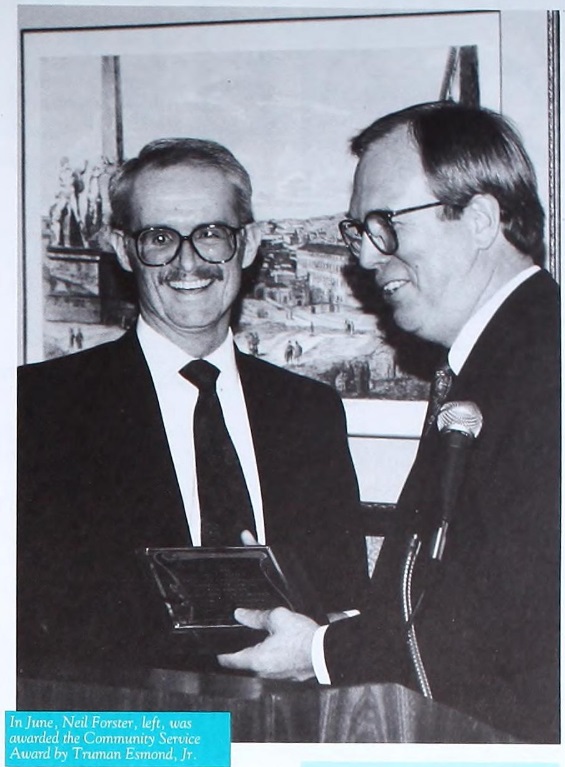 According to the World AIDS Day website, there are an estimated 38 million people living with HIV around the world. Despite the virus only being identified in 1984, more than 35 million people have died of HIV or AIDS, making it one of the most destructive pandemics in history. [1]

Rush has long been a leader in HIV research. Rush University Medical Center is one of the leading centers in the U.S. for research aimed at preventing, detecting and treating HIV infection and AIDS. In fact, Rush has been an HIV/AIDS clinical trials site for the National Institutes of Health since 1987, so patients have access to new treatment opportunities before they are widely available. [2]

There have been many HIV/AIDS-related stories and advances at Rush in the past decades. Today, we remember one of the people who made a big difference at Rush during a key era in HIV/AIDS history.

Cornelius A. “Neil" Forster III, MS, assistant director of Rush Medical Laboratories and an assistant professor in the Rush University Department of Medical Technology and Perfusion Technology, died of AIDS on September 6, 1994. He was 36.

Forster, who earned a master of science degree in clinical laboratory technology from the University of Dayton (Ohio), began working at Rush in 1984. He was also the associate program director of Rush University’s Department of Medical Technology and Perfusion Technology and had served as the department’s acting chairman.

In June 1994, Forster, a well-known figure in the Medical Center, received the prestigious Rush Community Service Award for his outstanding and significant achievement as a volunteer. 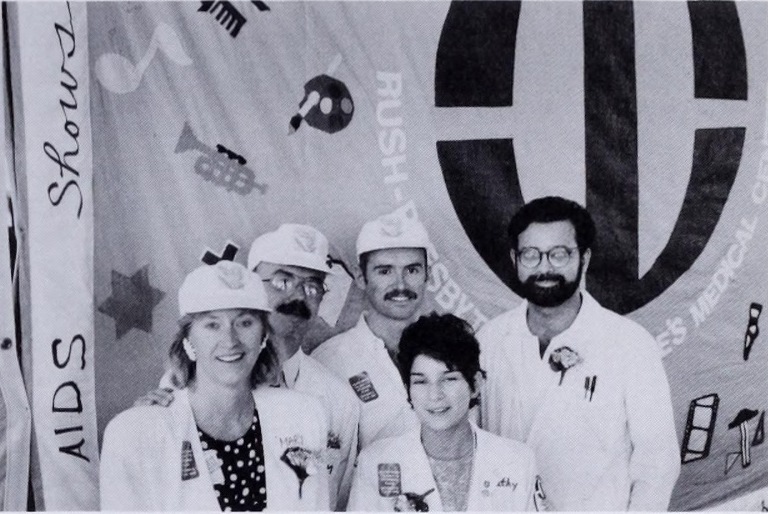 First displayed in 1987, the quilt features panels remembering people who have died of HIV/AIDS. The quilt was a traveling display for many years, bringing awareness of HIV/AIDS around the country and even the world. Its growing size, eventually overtaking the entirety of the National Mall in Washington, DC, represented the many lives of those who died of the epidemic using an unforgettable visual.

The Names Project display created in 1990 by Rush and other area institutions was displayed in Rush's Atrium lobby for a few days before joining the larger display at McCormick Place. The lobby was filled with 100 multi-colored quilts. Each three-by-six foot panel contained the name of someone who had died of AIDS. Sometimes the panel included a picture or drawing of the person, with symbols of their profession and interests. On some quilts, family members had written messages to their loved one.

In 1990, Forster explained, "I thought it'd be neat for the caregivers here to make a panel to help express their loss and their grief." The panels created by Rush staff could not reveal the names of patients in order to protect their privacy. So, employees sewed symbols of the professions or hobbies of former patients.

“Approximately 25 to 30 employees worked on the quilt,” said Forster at the time. “Loss is very hard for human beings to take. We needed a way to express our grief and our loss."

“The quilts also celebrate life. Working on the quilt helps us remember people. When the nurses and the caregivers were making the panel, it wasn’t all sad. People would laugh, joke around, and remember funny things about the patient, their client. It helps us remember, and it keeps those people alive. And that, I think, is one of the best memorials, to keep people’s spirits alive. To remember them alive — not as something that’s past or gone.”

Forster had participated in the Chicago AIDS Walk fundraiser since its 1990 inception. He recruited the Medical Center as a corporate sponsor beginning in 1993, and organized Rush walking teams for the annual event. He was Rush's 1994 team captain, but died before the event took place. 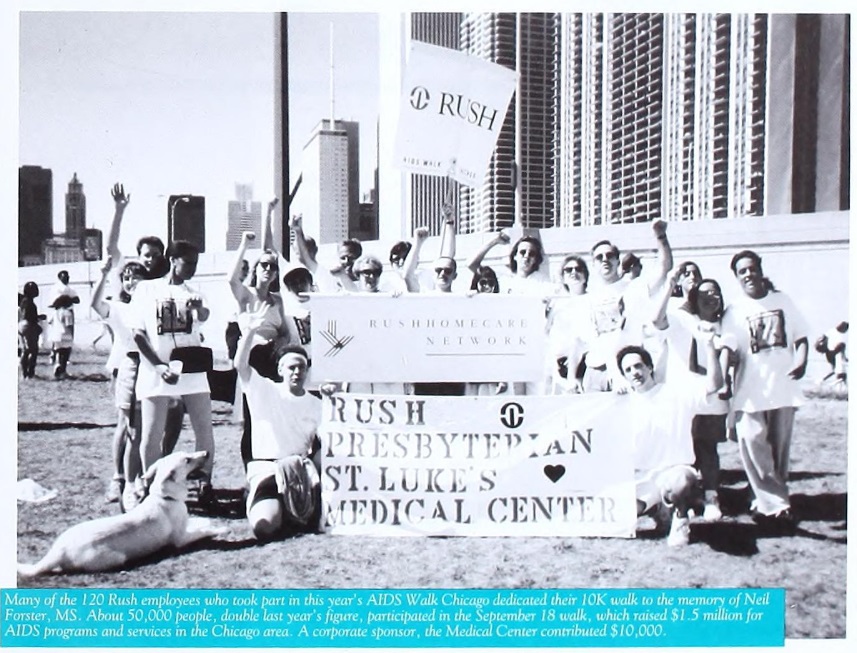 In 1993, 80 Rush employees joined 25,000 people for AIDS Walk Chicago, a 10-kilometer walk along the city's lakeshore to raise funds for AIDS care programs and services in the Chicagoland area.

The following year, in 1994, the event had doubled in size, with 50,000 participants. The Rush contingent grew as well, including 120 Rush employees, many of whom dedicated their 10K walk to the memory of Neil Forster and his years of dedication to HIV/AIDS awareness and fundraising efforts.

This blog post borrows liberally from the following pieces in Rush's NewsRounds newsletter: