With so many people giving and receiving gifts in December, it makes sense that this month is designated Safe Toys and Gifts Month. 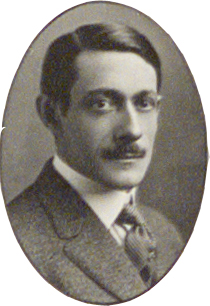 One of the many safety concerns regarding children's toys and household items is the potential for a child to accidentally swallow a small item, leading to choking or other health issues.

Stanton A. Friedberg, Sr., MD (1875-1920) graduated from Rush Medical College in 1897, and began specializing in diseases of the chest, throat and ear. Friedberg served as Professor of Laryngology and Otology at Rush Medical College and served on the staff of various Chicago hospitals, including Rush’s teaching hospital, Presbyterian Hospital.

Throughout his career, Friedberg collected and framed some of the swallowed objects that he removed from his patients during surgical procedures. These displays are now housed in the collections of the Rush University Medical Center Archives.

Researchers can find a selection of case studies from Friedberg's published studies in journals including the Journal of the American Medical Association, Laryngoscope, the Illinois State Medical Journal, and Annals of Otology, Rhinology, and Laryngology. Friedberg's writings provided descriptions of each patient's swallowed object, information on how it was ingested, and the consequent symptoms. His detailed notations within each article easily connect each case study to the physical object he preserved. 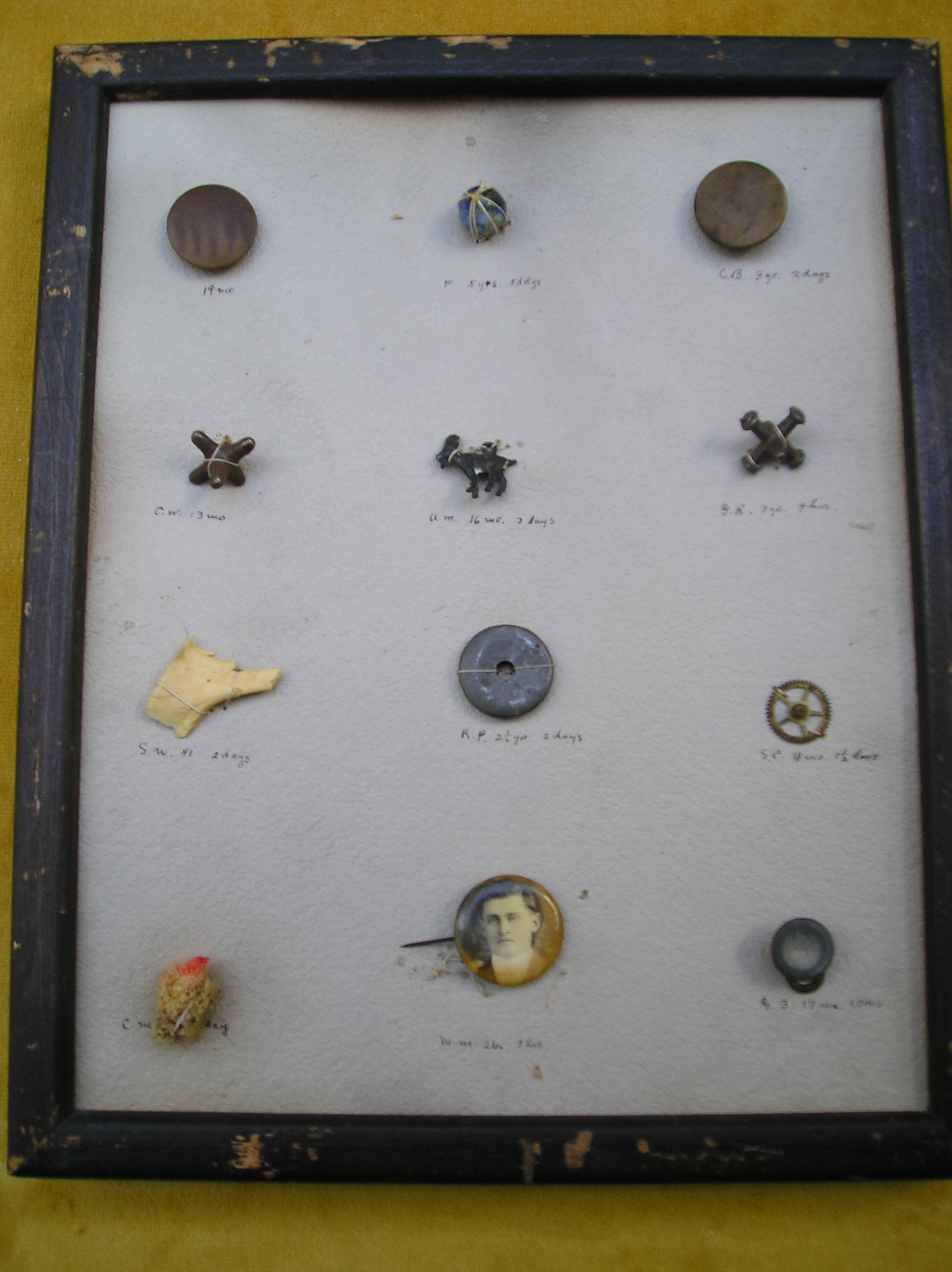 CAPTION: One of Dr. Friedberg's framed displays of swallowed objects removed from patients, 1897-1920, housed in the Rush Archives.

These displays included many household items like buttons, gears, and bone. This particular box also includes a few toys removed from toddlers and small children: a marble removed from a five-year-old, jacks removed from a thirteen-month-old and a three-year-old, and a metal goat charm from a sixteen-month-old. Some items include the length of time the item was in the patient, such as a sharp metal portrait button swallowed by a 26-year-old that took three hours to remove.

The case studies offer significant information about the surgical procedures during the early twentieth century. Friedberg recounted the diagnostic process, which often involved extensive interviews of the family members of his infant patients. His work utilized nascent radiologic technology, and he expressed significant frustration with its limitations as a means for pinpointing impaction sites.

Freidberg provided commentary about the challenges of each surgical procedure and offered his justifications for choices of instruments and anesthesia.

Along with his colleague, E. Fletcher Ingals, MD, who was the head of the Otolaryngology Department at Rush Medical College, Friedberg developed and implemented a variety of new instruments. Since they encountered a wide range of objects and impactions, Friedberg and Ingals created modified bronchoscopes and forceps to address each surgical necessity.

Friedberg's career spanned a period of great innovation in laryngologic surgery, anesthesiology, and medical diagnostics. His case studies demonstrate the ways that a resourceful surgeon could adapt within technological limitations to perform successful procedures. 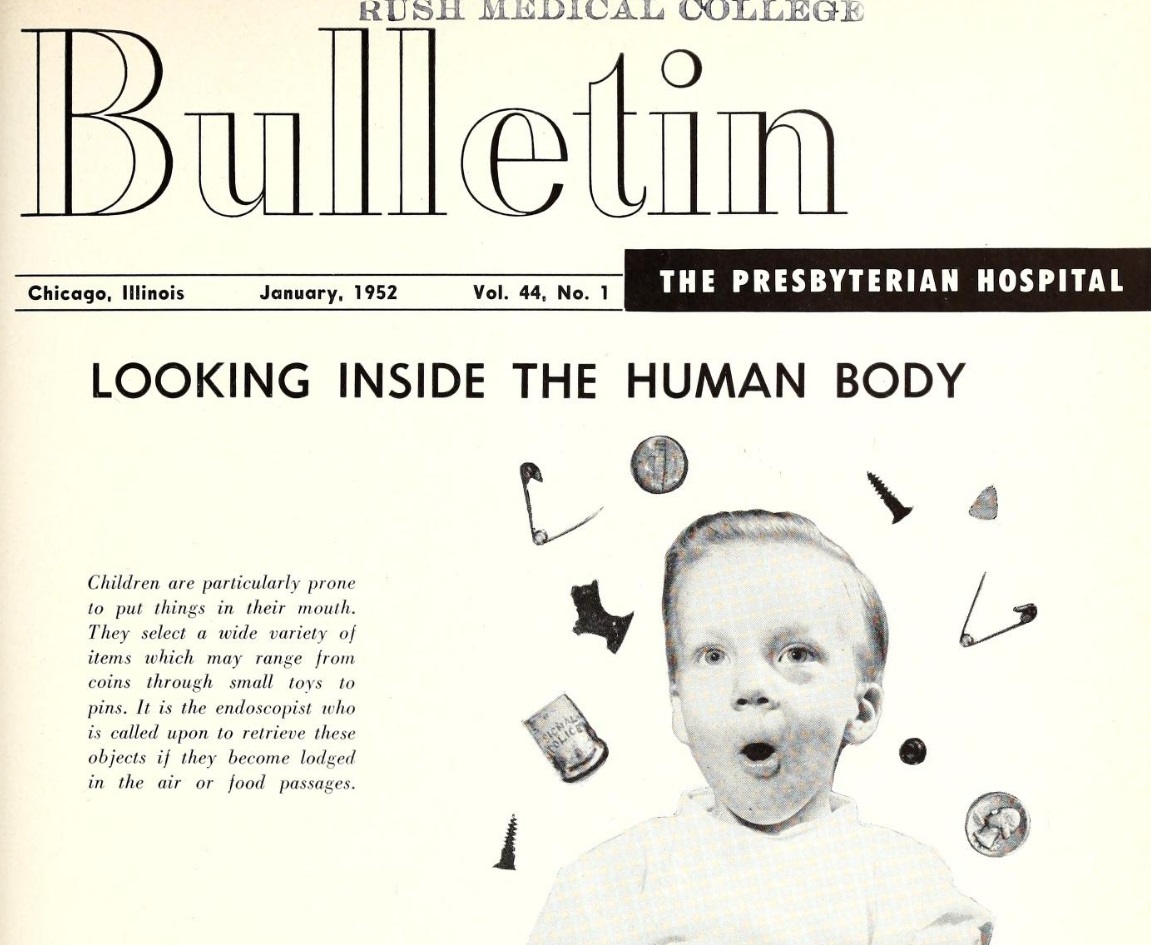 Dr. Friedberg was only 44 when he died of surgical complications. His son, otolaryngologist Stanton A. Friedberg, Jr., MD, had his own interesting career at Rush.

CAPTION: The January 1952 issue of Presbyterian Hospital's newsletter, the Bulletin, featured a detailed article on advances in endoscopy and related instruments and techniques, "Looking Inside the Human Body." [1]

Much of this blog post is adapted from a 2006 presentation by former Rush archivist, Heather Stecklein, EdD, MLIS, "From the Mouths of Babes: Swallowed Objects Retrieved from Patients by Dr. Stanton A. Friedberg, Sr., 1897-1920." Thank you, Heather!

Learn more from the American Public Health Association about Safe Toys and Gifts Month and what to look for when giving a gift or toy to a child : www.apha.org... 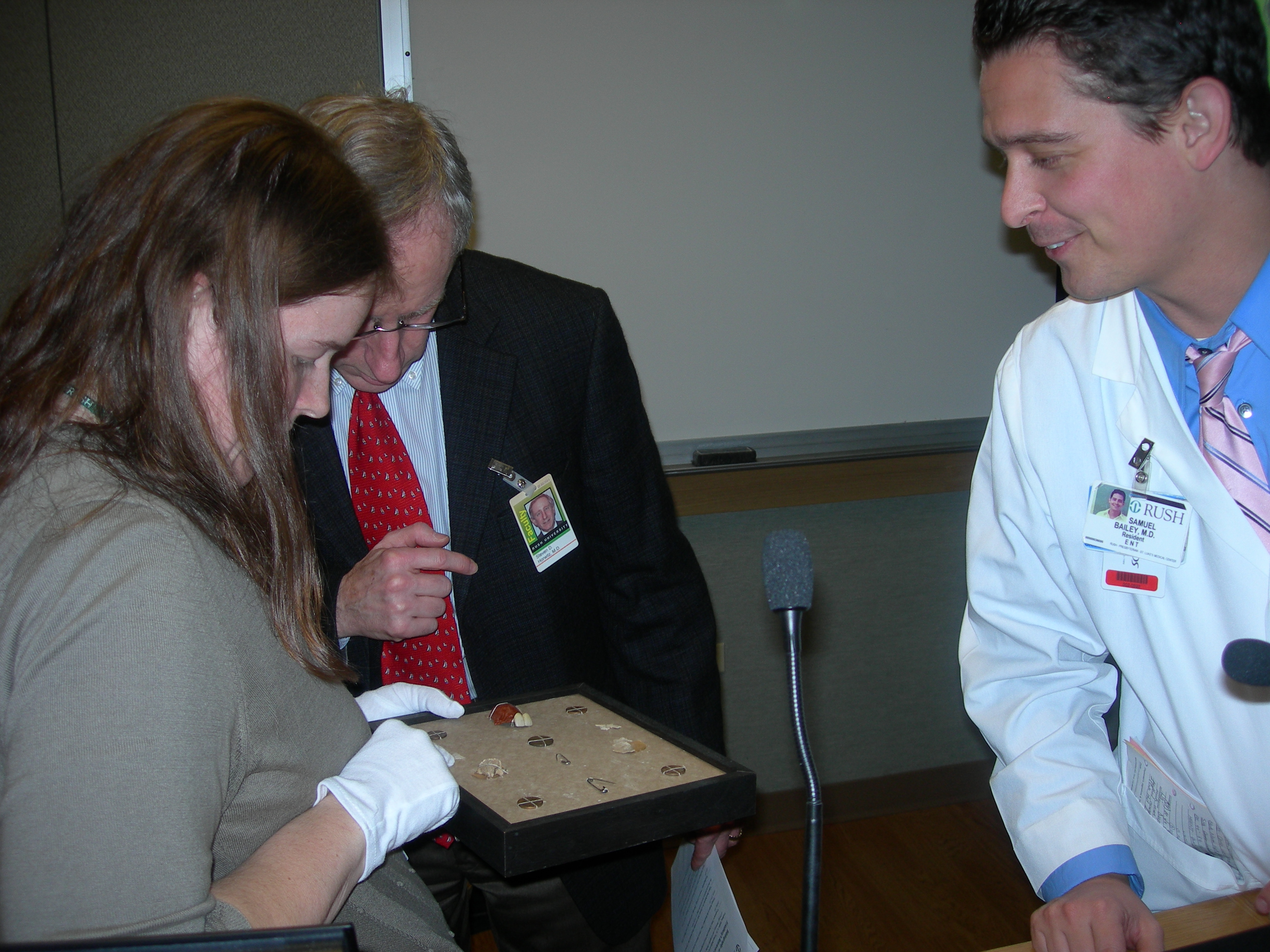