From the Rush Archives: Remembering the Great Chicago Fire, October 8-10, 1871

With a history dating back to the founding of Chicago, Rush has experienced the city's high points as well as its trials and tribulations. 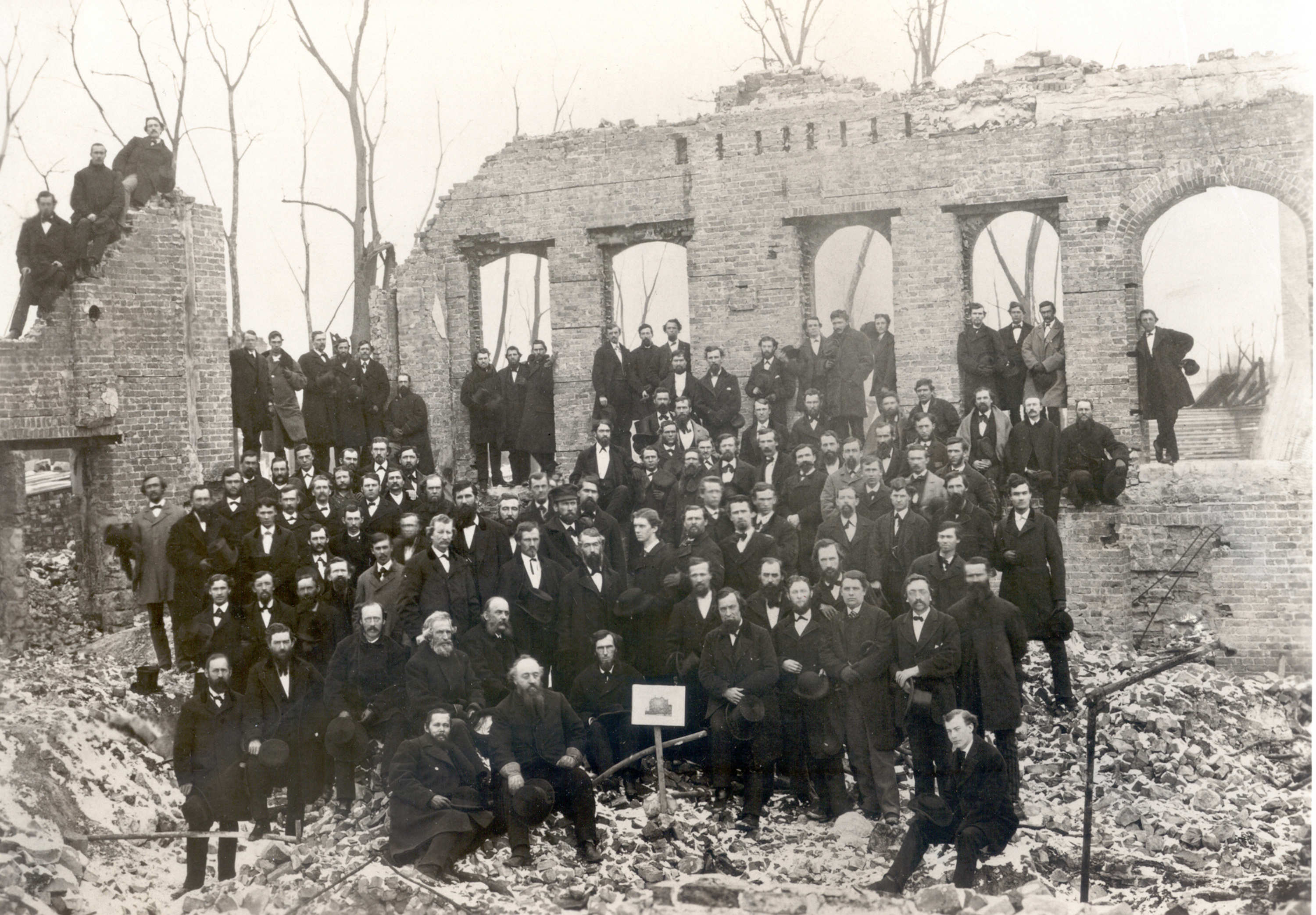 One of the most precious items in the Rush Archives is this photograph of Rush Medical College faculty and students standing in the ruins of their building after it was destroyed in the Great Chicago Fire, October 8-10, 1871.

October 8 marks the start of the Great Chicago Fire in 1871, which devastated three square miles of the city. About 300 people were killed and about 100,000 were left homeless as the Fire raged for three days.

CAPTION: Here, Rush Medical College students and faculty pose in the ruins of their building, one of the casualties of the Fire. (Group Photograph Collection, #P3830.) [1]

This building stood at Grand (formerly Indiana St.) and Dearborn. A relatively new building, it had opened in 1867 to replace Rush's first permanent structure of 1844, which it had quickly outgrown.

This photograph is especially important to the history of Rush as it's one of our few photographs from the 1870s, and, also, represents a pivotal moment in Rush's history.

After the Great Chicago Fire destroyed Rush's building, the school moved out of the downtown area and to the West Side of Chicago, across the street from Cook County Hospital, which was beginning to develop its new campus at Wood and Harrison Streets.

CAPTION: From the Thirtieth Annual Announcement of Rush Medical College, 1872-1873. [2]

The Rush Medical College Annual Announcement for the following school year, 1872-1873, provides an interesting glimpse into Rush's experience with the Great Conflagration.

Rush Medical College students had just completed their first week of courses as the Great Chicago Fire began that Sunday. Some students fled the city with only the shirts on their backs, losing everything they had brought with them to the city to start their school year.

Lectures resumed that Friday in Cook County Hospital, but only forty students out of about two hundred managed to attend. Eventually, one hundred more students managed to return, though almost a quarter of the class could not return after experiencing such devastating loss. Medical colleges in other states telegraphed, offering their support for any Rush students, stating they would be "received gratuitously." 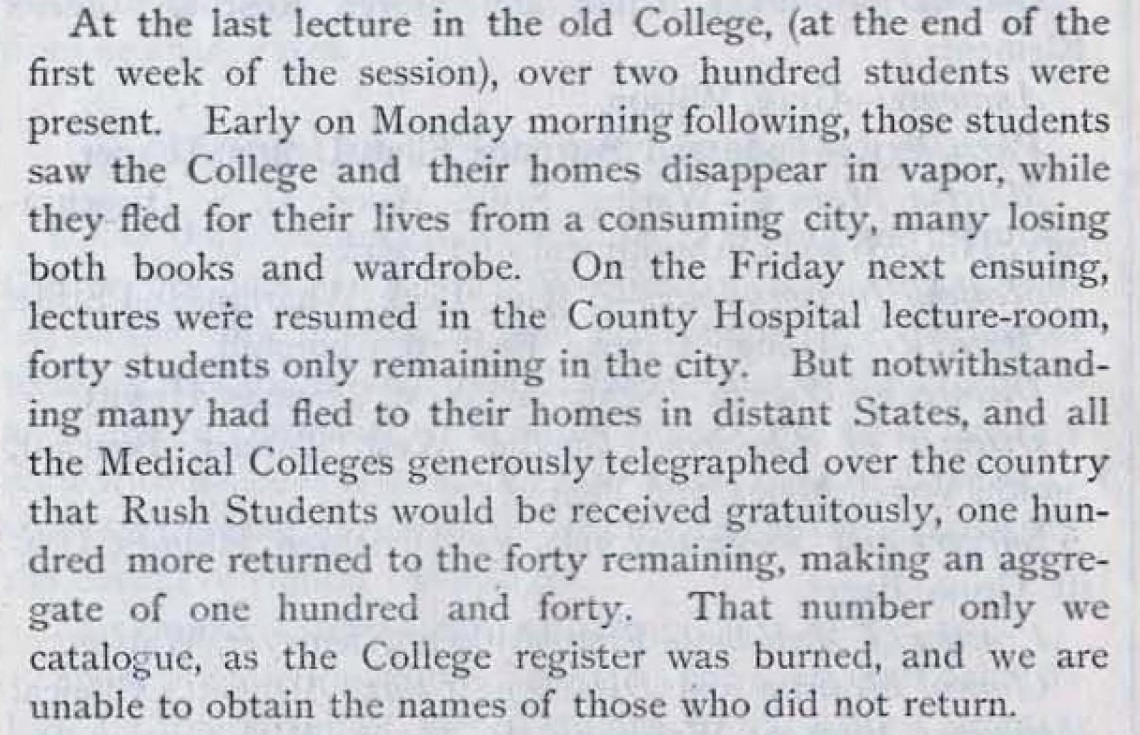 The Annual Announcement notes that the student register had been destroyed in the Fire. Unfortunately, many of Rush Medical College's early records were destroyed by the Fire. However, in the following years, Rush faculty, alumni, and administration worked to gather together remaining records to help document Rush before 1871. All records in the Rush Archives that predate the Fire are very special and often unique.

In 2016, Rush opened a new health center at Grand and Dearborn, Rush River North, which brings a Rush presence back to its original location in Chicago!