From the Rush Archives: Remembering “Our Mexican Patients,” 1925

In 1925, Gertrude Howe Britton and Kate Constable, MD, published a report entitled, “Our Mexican Patients at Central Free Dispensary, Rush Medical College.” The significance of this report is better understood within the context of Rush's historic Central Free Dispensary, the life and work of Britton and Constable, and the rise of the Mexican immigrant population in Chicago in the 1920s. 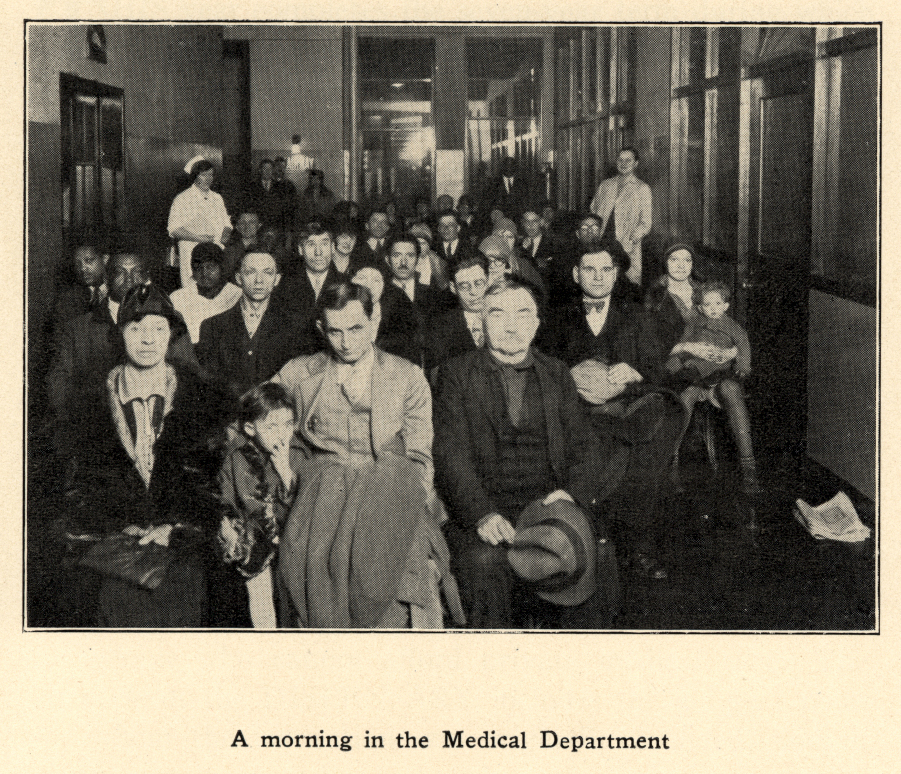 The Central Free Dispensary was founded in 1873, and served as a free clinic for patients on Chicago’s West Side. The Central Free Dispensary was created after the Great Chicago Fire of 1871, by combining the efforts of the Herrick Free Dispensary, which was serving the needs of the southern section of the West Side of Chicago, and the Brainard Dispensary, which cared for those living in the north section of the West Side. The new united dispensary was incorporated in 1873 with a fund of $11,000. This fund was loaned to Rush Medical College to help with the cost of a new college building at the corner of Wood and Harrison streets. In exchange for rooms, the dispensary contracted to make its medical facilities available to Rush for medical education. The union of the two institutions gave the sick poor of Chicago access to medical care and provided the college with patients for their teaching program.

CAPTION: Waiting area in the Medical Department of the Central Free Dispensary in its 1929 Annual Report. This image shows a diverse group of patients and family members awaiting care.

The Central Free Dispensary moved into the Senn Building on Harrison Street in 1903. (Rush’s Senn Building was demolished in 2016.) As the dispensary grew, it added specialty clinics for the treatment of syphilis and diabetes and offered services related to nutrition, prenatal care, and infant welfare and added a social service department. As the clinics grew, the Board of Directors extended service to patients with low incomes who were not able to pay for a private physician but could afford small fees for the costs of services. The dispensary became a part-pay clinic, but the first obligation was always to take care of the poorest first. By 1935, the dispensary estimated that 1 million individuals had registered as patients.

The Central Free Dispensary became the outpatient service for Rush’s historic Presbyterian Hospital in the 1940s, and became the Presbyterian-St. Luke’s Health Center in 1961.

Gertrude Howe Britton and a Lifetime of Service: 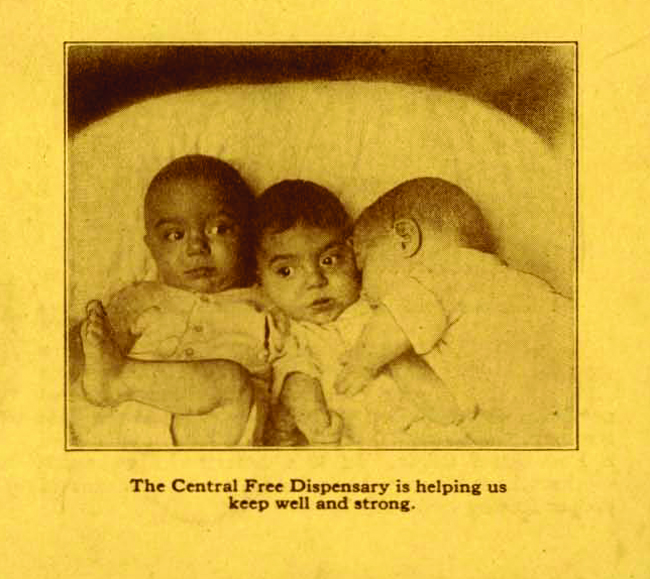 Social worker Gertrude Howe Britton (1868-1951) served as superintendent of the Central Free Dispensary, 1923-1930. Her papers in the Central Free Dispensary Records in the Rush Archives include quarterly reports, articles and research studies, and correspondence. Britton was also the dispensary’s Director of Social Service and the Chairwoman of the Finance Committee.

In 1895, Britton joined Jane Addams’s renowned Hull-House settlement located in Chicago’s Near West Side, residing and working there for many years. After Addams's death in 1935, Britton served as executive director of Hull-House until 1937, when she retired. Britton died in 1951.

CAPTION: From a service pamphlet for the Central Free Dispensary, 1917, from the CFD Records, #4761. 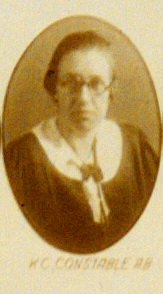 When the report, “Our Mexican Patients” was released in January 1925, Kate Constable was a few months away from completing her four years of courses at Rush Medical College. During this era, Rush Medical College students had to complete a fifth-year internship at an approved institution before earning their degrees. In Constable’s case, she served an internship at Albany Hospital in Albany, NY, 1925-1926.

Constable went on to specialize in neurology, including researching treatments for Parkinson’s disease in the 1940s and 1950s, while at Columbia University and Neurological Institute, New York. She married Fritz J. Cramer, MD, Cornell University Medical College, class of 1926. Fritz J. Cramer, MD, also served on faculty at Columbia University, specializing in neurosurgery. He served on the Social and Rehabilitation Service of the U.S. Department of Health, Education and Welfare in the 1960s.

To learn more about the history of Mexican-Americans in the early 20th century in Chicago, please explore the online resource, “In the Vicinity of Maxwell and Halsted Streets: Chicago 1890-1930,” from the University of Illinois at Chicago: https://maxwellhalsted.uic.edu/home/race-colonies/mexican-americans/

“Our Mexican Patients,” published in 1925, is a unique glimpse into a rising immigrant group from the perspective of social workers and healthcare workers. This document provides health statistics for Mexican immigrant patients at the Central Free Dispensary for a year. The report also provides presumed reasons immigrants left Mexico, why they chose Chicago, and whether they planned to return to their home country. 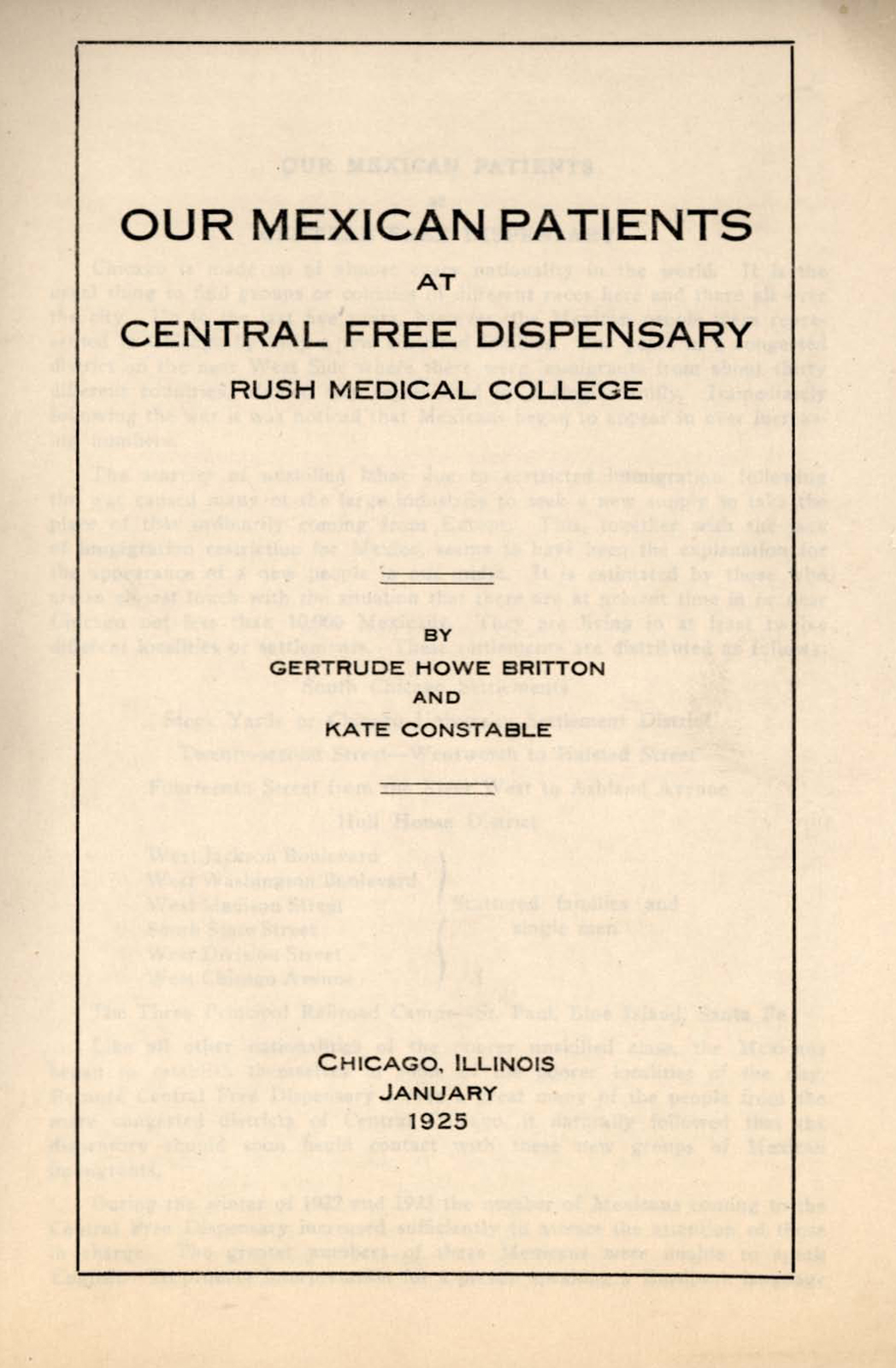 You can explore the report itself here: rushu.libguides.com/ld.php?content_id=57344068

And here are some selected quotes from “Our Mexican Patients,” by Britton and Constable, 1925:

...Chicago is made up of almost every nationality in the world. It is the usual thing to find groups or colonies of different races here and there all over the city. Up to the last five years, however, the Mexican people were represented in Chicago by only a few scattered families. For years in a congested district on the near West Side where there were immigrants from about thirty different countries, Mexico was represented by a single family. Immediately following the war [World War I] it was noticed that Mexicans began to appear in ever increasing numbers.

...The scarcity of unskilled labor due to restricted immigration following the war [World War I] caused many of the large industries to seek a new supply to take the place of that ordinarily coming from Europe. This, together with the lack of immigration restriction for Mexico, seems to have been the explanation for the appearance of a new people in our midst. It is estimated by those who are in closest touch with the situation that there are at present time in or near Chicago not less than 10,000 Mexicans…

…Simultaneously many other social agencies in Chicago were becoming conscious of the presence of the Mexican immigrant among their clientele. And with the belief that a short survey of a year’s contact with Mexicans in a well-known medical institution might be of value in understanding and dealing with some of the problems of the Mexican in Chicago, the present study was undertaken.

...Of all the families, the opinion of the organizations dealing with them was that they were intelligent, co-operative, self-respecting and self-sufficient as soon as the immediate problem or problems facing them were relieved.

...As is the custom among immigrants, there is a tendency to congregate in fairly well-localized communities. This holds true among the Mexicans. Sixty per cent of the Mexican patients at the dispensary came from an area of about two square miles in the neighborhood of Hull House. 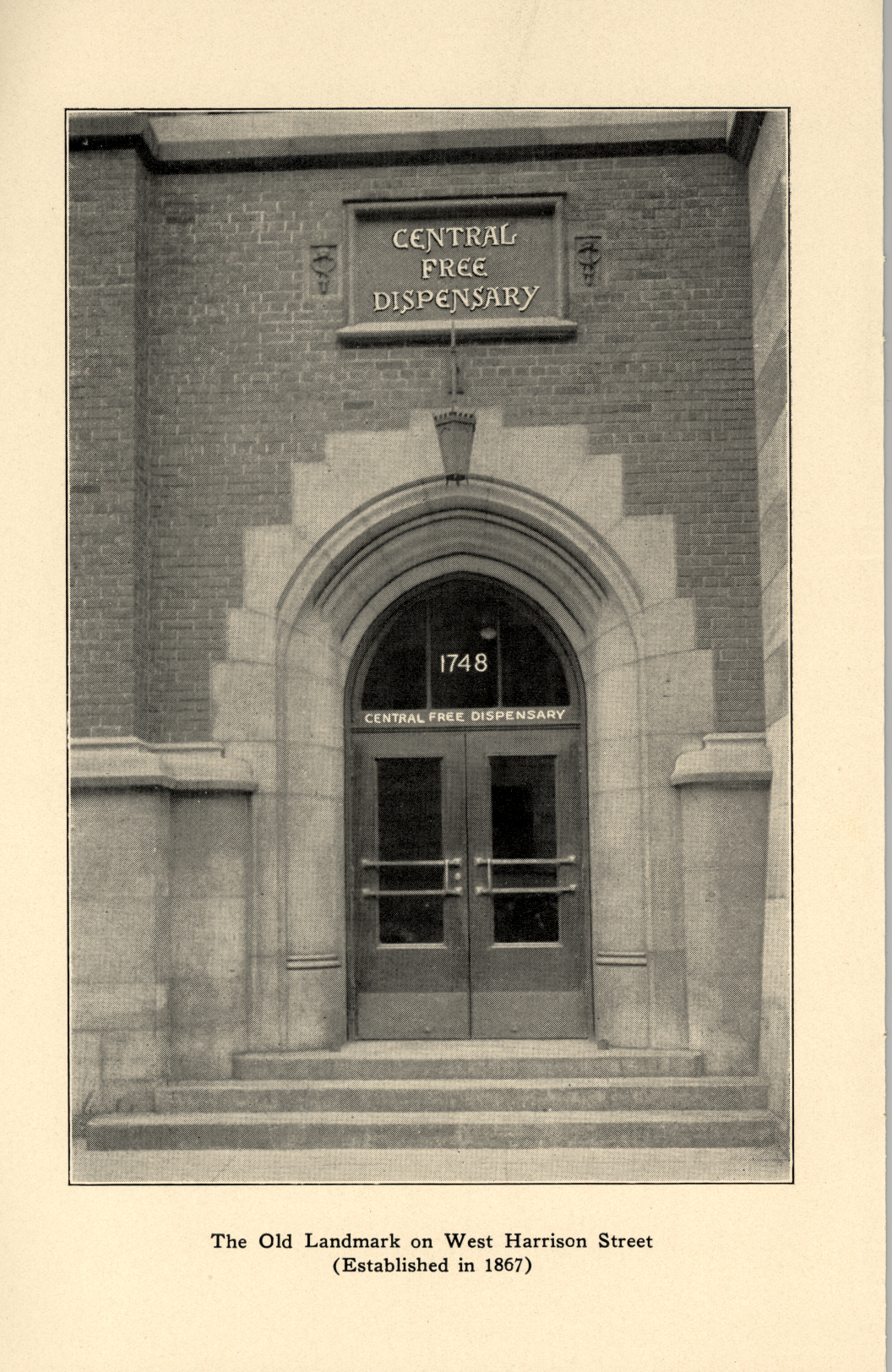 ...In spite of the handicap of language and the fact that Spanish interpreters are rather difficult to secure, the co-operation of the Mexican patients has been equal to or perhaps slightly better than that of the clinic population as a whole… The better co-operation which the Mexicans seem to have showed was probably the result not only of the efforts of social service organizations and clinic workers, but was also a part of the alertness which is a characteristic of the mental equipment of the Mexican.

...While this study was only intended to cover the actual physical findings of those who came to the dispensary for treatment, it might not be amiss to say that generally speaking our contact has impressed upon us the fact that the average Mexican has unusual native intelligence, a very pleasing courtesy and a marked ability to get along happily in very poor surroundings and with few or no possessions. These native instincts make them, in our opinion, a very desirable addition to our American mixture.