September is National Preparedness Month. Rush University Medical Center has prepared for potential disasters of all kinds for decades, including staging rehearsals of mass disasters that rely on the coordination of many departments at Rush and, also, Chicago services like the Chicago Fire Department. 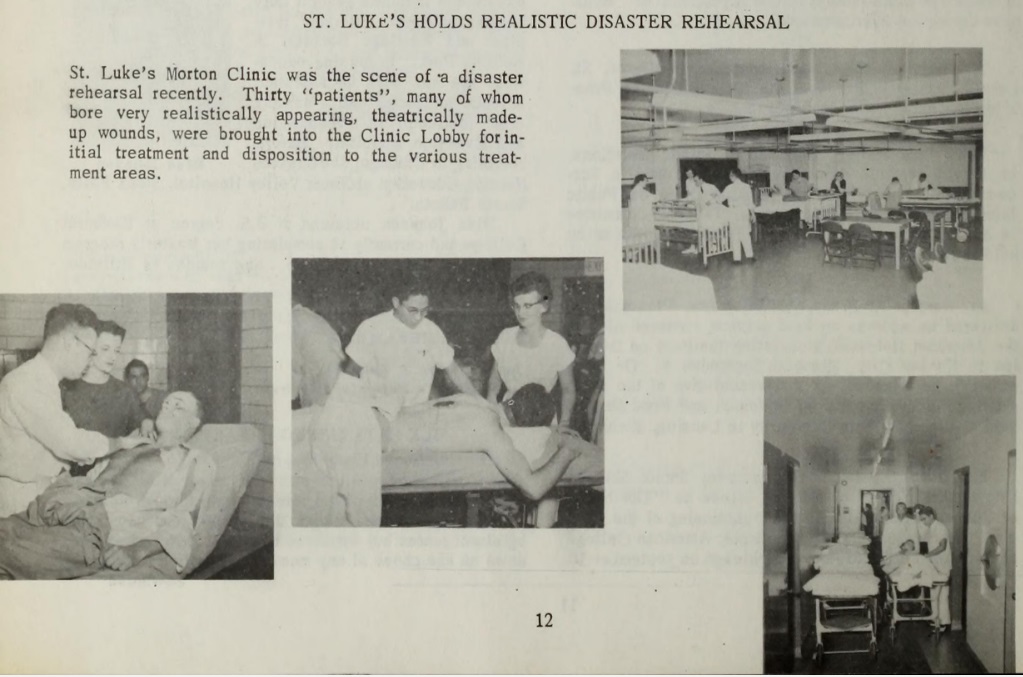 National Preparedness Month was established in 2004, and is sponsored by the Department of Homeland Security’s Federal Emergency Management Agency (FEMA). Inspired by the terrorist disasters of September 11, 2001, National Preparedness Month encourages Americans and institutions to make their own survival preparations. FEMA's Ready Campaign provides information to help the general public prepare for and respond to emergencies, including natural disasters and potential terrorist attacks.

Today’s Rush staff certainly appreciates their years of preparation for a large-scale emergency event. When COVID-19 was detected in Chicago, Rush was ready to care for an influx of highly-infectious patients. To learn more about Rush’s earliest efforts during the COVID-19 crisis, read “This is What Rush Was Built For,” Rush News, March 12, 2020 [link]. Also, "COVID-19: The Rush Impact," released in September 2020, provides a fantastic compilation video of news stories covering Rush's leadership during the COVID-19 crisis [link].

Rush was ready because of its strong foundation of decades of drills, rehearsals, and carefully evaluated disaster plans.

Here are a few examples from the Rush Archives: 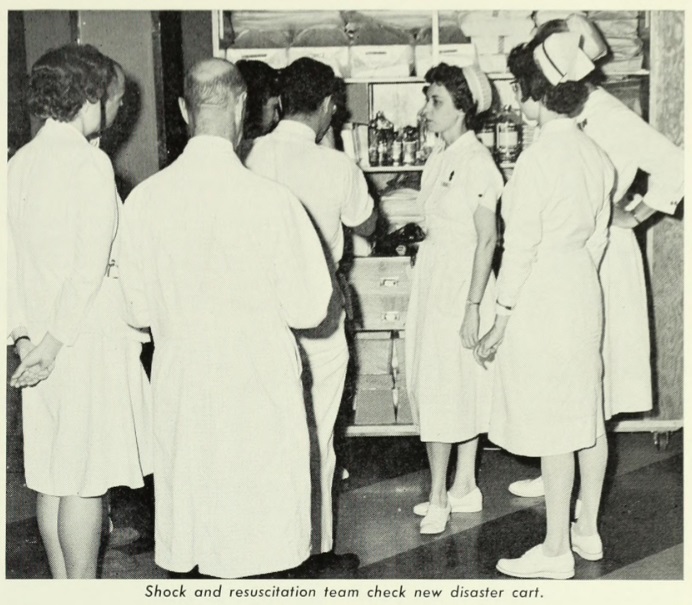 In 1958, Rush’s historic hospital, St. Luke’s Hospital*, held a disaster rehearsal in its Morton Clinic, where thirty “patients,” many of whom bore very realistically appearing, theatrically made-up wounds, were brought into the Clinic Lobby for initial treatment and disposition to the various treatment areas. [Top photo.]

In 1963, a rehearsal of Presbyterian-St. Luke’s Hospital’s* disaster plan was an opportunity to check the function of a new disaster cart, which had been designed and equipped for the shock and resuscitation team. H. A. Paul, MD, Theodore S. Proud, administrative staff, and Dolores Gill, RN, were instrumental in creating the disaster cart which was equipped to handle approximately one-hundred emergency cases of all types. 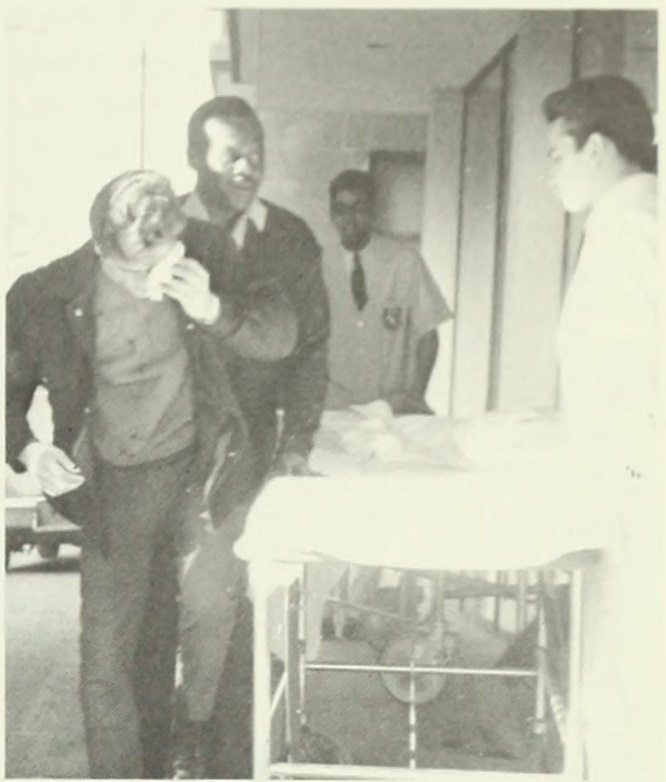 From NewsRounds, June 1973: At 1:30 p.m., the hospital was alerted for an internal disaster by the sounding of “Dr. Blue” as an emergency page. The location was the clinical hematology laboratory on 3 Jelke where there were five serious casualties resulting from an explosion. The hospital’s public address system then announced, “Hospital Emergency Plan, Phase II is now in effect.”  The “serious casualties” were medical students expertly made up by Lt. Thomas Dalton of the Chicago Fire Academy to look like explosion victims — including burns and lacerations. 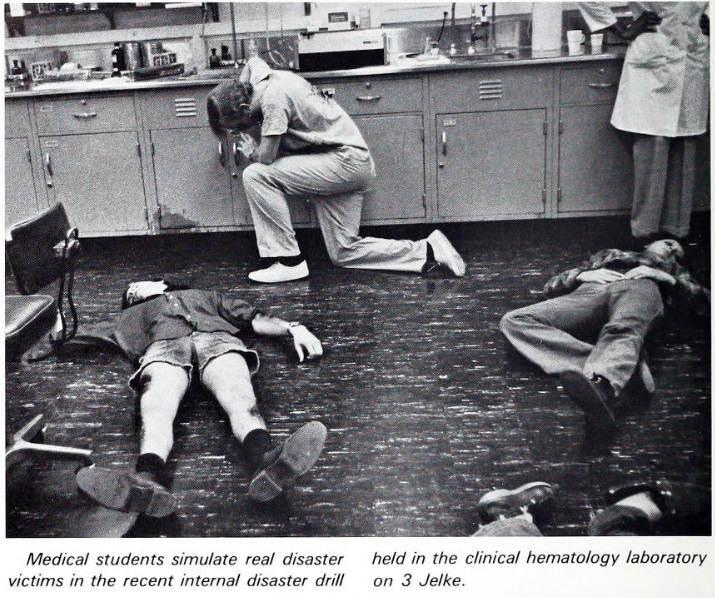