Rush faculty and staff are known for their excellence in teaching, practice and research, but their talents often extend outside the realm of healthcare.

Rush neurologist, Harold Klawans, MD, (1937-1998), an expert in solving real-life medical mysteries, expanded on his skills by writing detective novels and popular non-fiction works on neurology. Klawans donated several of his manuscripts and papers to the Rush Archives in 1992 and 1996, including drafts of his novels and, also, several plays and works of non-fiction. 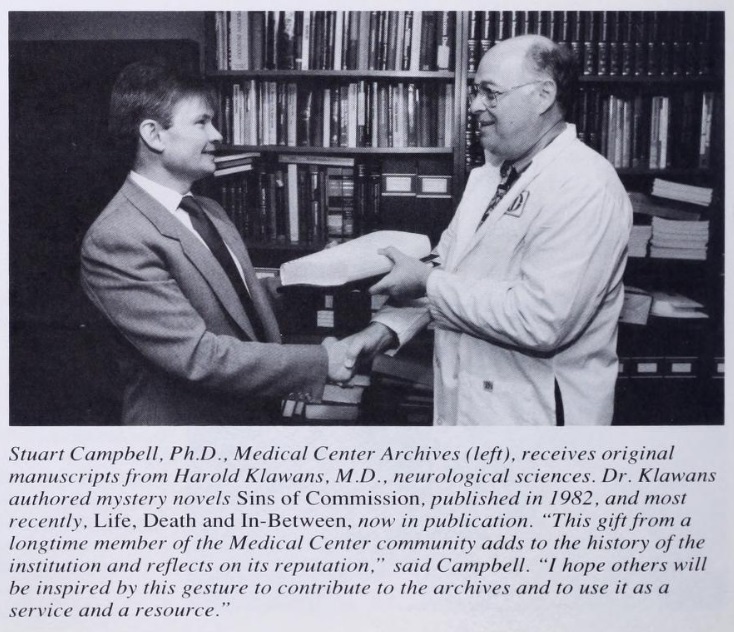 In 1970, Klawans joined Rush as a professor of neurological sciences and pharmacology. An expert in Parkinson’s disease and other movement disorders, Klawans founded the Movement Disorders Clinic at Rush. He was president of the United Parkinson’s Foundation and one of the first American neurologists to use L-dopa to treat patients with Parkinson’s disease.

Klawans often spoke about his admiration for famed fictional detective, Sherlock Holmes, and his skills of deduction and observation to solve complicated mysteries. In a 1990 interview in Rush's The Magazine, [2] Klawans stated, “One of the aspects that attracted me to neurology was the puzzle solving, the mystery solving, the diagnosis… There are mysteries in all areas of medicine, but traditionally it has been especially true of neurology.”

“When I started in neurology, diagnosis was purely an intellectual exercise,” he said. “Even today with all the fancy equipment and diagnostic techniques, between 25 and 35 percent of all neurological diseases must still be established clinically, by observation.”

Neurologists must rely on the skill of their eyes, especially in studying a patient’s movements, which can signal the type of disorder. “Observation begins the moment I see the patient, and I try to do this the first time without the patient’s knowledge,” Klawans said. “If patients know they’re being observed, they’ll often try to mask their problems or exaggerate them." 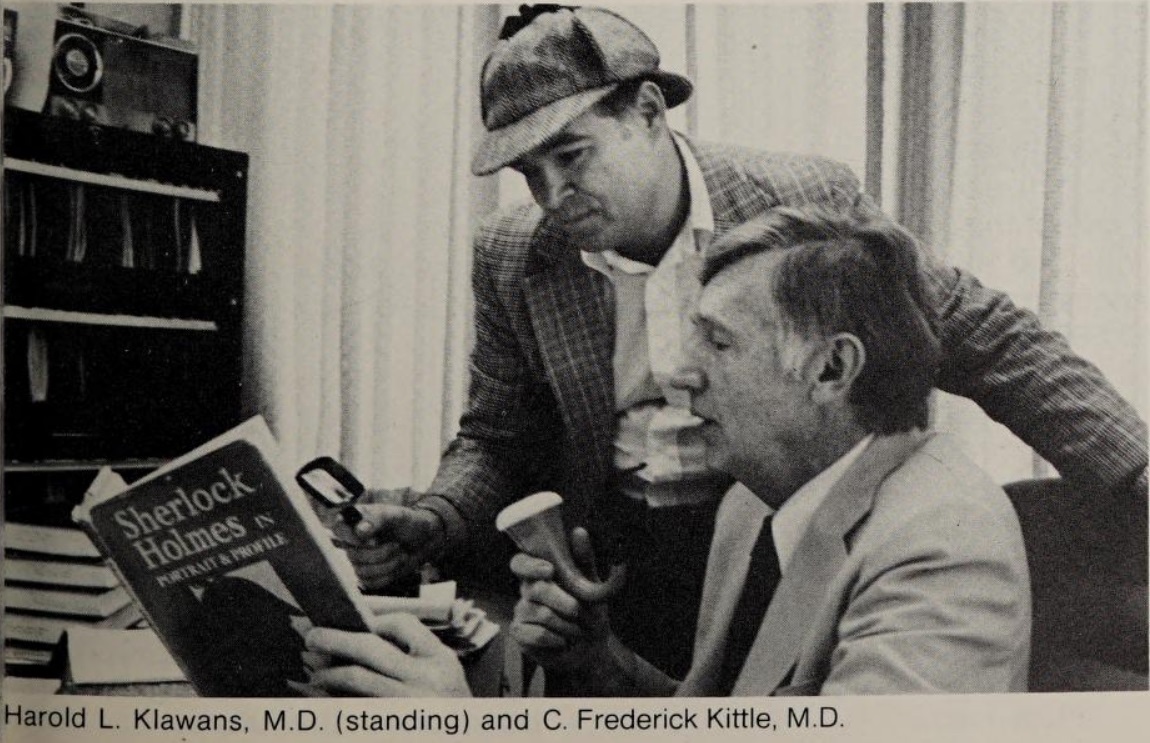 “Sins of Commission,” published in 1982 by Chicago’s Contemporary Books, was followed in 1986 and 1988 by two other Paul Richardson (his main protagonist) paperback mysteries, published by Signet Books.

In 1986, the market for non-fiction books about illnesses of the nervous system suddenly became very hot because of the spectacular and surprising success of “The Man Who Mistook His Wife for a Hat.” This collection of actual case histories written by Dr. Oliver Sacks, a New York neurologist, stayed for months on the best-seller lists, prompting Contemporary Books to reconsider and give the green light to the previously rejected “Toscanini's Fumble.”

“Oliver Sacks is the Christopher Columbus of this genre of books,” Klawans said. “He opened the field for this kind of writing.”

As for Klawans’s writing process, he would concentrate on his writing first thing in the morning for a couple of hours before heading to his practice. He wrote his first drafts in longhand, then rewrote as he transferred the text to his word processor; at each step, music from American musicals or late 20th Century classical music would be playing in the background.

The above is adapted mostly from a piece in Rush’s The Magazine, “Dr. Detective: Physician’s Books Clue Readers into Neurological Mysteries,” by Paul Galloway, Fall 1990. [2]

1982: Klawans was awarded the Phoenix Award for outstanding physician-teachers by the graduating medical students of Rush Medical College [4]