October is National Breast Cancer Awareness Month, and the third Friday in October is recognized as National Mammography Day. 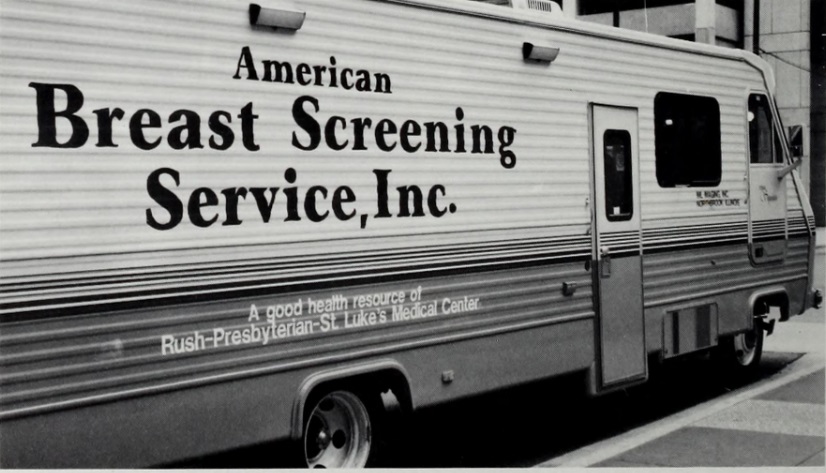 Mammography testing involves taking an x-ray of breast tissue. This test can be used to diagnose breast disease when abnormalities, such as a lump or thickening, are detected and to screen those who are asymptomatic.

Modern mammography methods were developed in the mid-1960s and first officially recommended by the American Cancer Society in 1976.

In 1986, Rush-Presbyterian-St. Luke’s Medical Center (RPSLMC)* partnered with the American Breast Screening Service to operate a mobile mammography van and provide screening services to patients in the northern and western suburbs and downtown locations. That same year, mammography testing also became available at Sheridan Road Hospital, a property of Rush at the time. 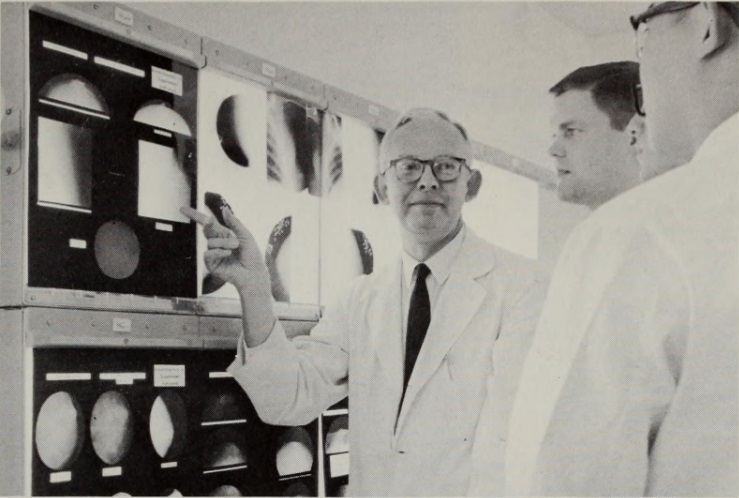 "...A program to train midwest radiologists, radiologic residents and technicians in the early detection of breast cancer was recently instituted at Presbyterian-St. Luke’s Hospital under a grant from the Public Health Service of the U. S. Department of Health, Education and Welfare. This is one of ten medical institutions throughout the United States to offer a training program in mammography, an important diagnostic aid in the fight to control cancer..."

"...The three-day course, under the direction of Franklin S. Alcorn, MD, attending radiologist, is given approximately twice a month. In addition to members of the radiology staff, the faculty also includes hospital surgeons and pathologists. Training does not end after three days, however. Upon return to their own institutions, physicians are requested to return from 25 to 100 films for evaluation. This includes not only technique and quality of the film, but also comments on their interpretation, especially when an error has occurred..."

"...The program will continue for a three-year period and it is hoped that this mammography center will be able to train radiologists and technicians not only in metropolitan Chicago but throughout Illinois and surrounding states..."