From the Rush Archives: National Immunization Awareness Month and the Work of the Drs. Dick

This month, we reflect on the work of Drs. George and Gladys Dick and their contributions to science and medicine. 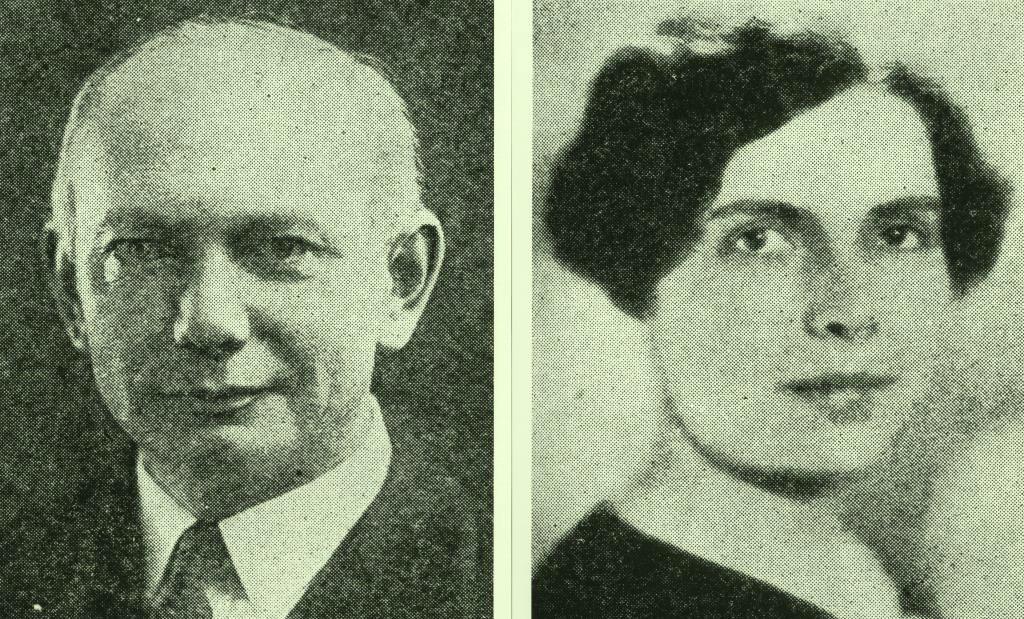 In 1923, George and Gladys Dick identified the bacterium that causes scarlet fever. They then developed a skin test in 1924 to determine a person’s susceptibility to the disease, followed by the development of an antitoxin for treatment and a non-toxic vaccine for immunization.

Before their groundbreaking work, scarlet fever, named for the bright red skin rashes it could cause, was considered a serious childhood illness and was a leading cause of death among children around the world. Survivors of scarlet fever could continue to suffer from complications such as kidney damage, hepatitis, vasculitis, and septicemia.

The Dicks, who were married in 1914, served on staff at two of Rush’s historic hospitals: Presbyterian Hospital* (the teaching hospital of Rush Medical College on Rush’s current West Side campus) and St. Luke’s Hospital* (1400 block of S. Michigan and S. Indiana Avenues.) 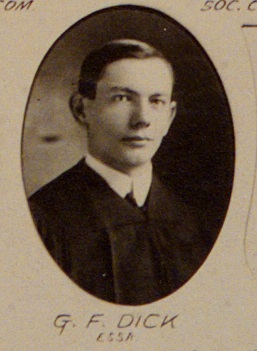 Gladys Rowena Henry Dick, MD, (1881-1963) earned her medical degree from Johns Hopkins University School of Medicine, 1907. Although women had been part of the medical school since its first graduating class in 1893, Johns Hopkins University did not accept women in other graduate schools until 1907. However, at the same time, the University stated emphatically that the school still would not accept women as undergraduate students. [3]

Upon graduation, she continued her training at the University of Berlin. In 1911, she moved to Chicago and contracted scarlet fever while working at Children’s Memorial Hospital. Among other appointments, she served as a bacteriologist for the United States Public Health Service and on staff of Rush’s other historic hospital, St. Luke’s Hospital.

In 1925, Gladys Dick, MD, was invited by the Woman’s Auxiliary Board of Presbyterian Hospital to speak at one of their spring meetings. At the time of her presentation, the husband-and-wife team worked at the John McCormick Institute for Infectious Diseases, which was an affiliated institution of Rush Medical College of the University of Chicago. [4]

CAPTION: You can find her presentation on “Scarlet Fever” from that event in The Presbyterian Hospital Bulletin, June 1925. [5]

That same year, the Dicks were nominated for the Nobel Prize in medicine by Chicago surgeon Franklin Martin, MD,* chairman of the board of directors of the Gorgas Memorial Institute of Tropical and Preventive Medicine, in recognition of their work in the prevention and cure of scarlet fever. Unfortunately, there was no Nobel Prize awarded for medicine that year.

CAPTION: The Dicks nominated for the Nobel Prize in Medicine, Chicago Tribune, February 10, 1925. [6] 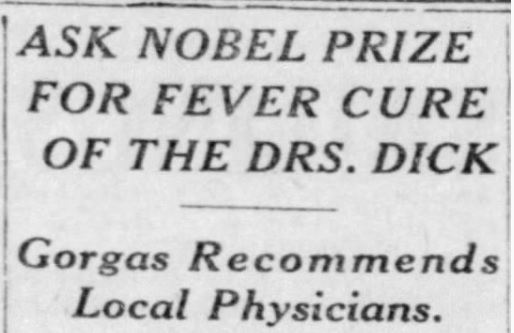 CAPTION: In 2008, we scanned and recreated this Scarlet Fever Streptococcus Antitoxin box from the Rush Archives for an exhibit display. As you'll see, it is identified by the same patent number as above.

The discovery of the antibiotic penicillin in the 1940s, and its ability to combat scarlet fever, superseded the need for the scarlet fever vaccine the Dicks had devised. The Dicks turned their attentions to the study of polio. 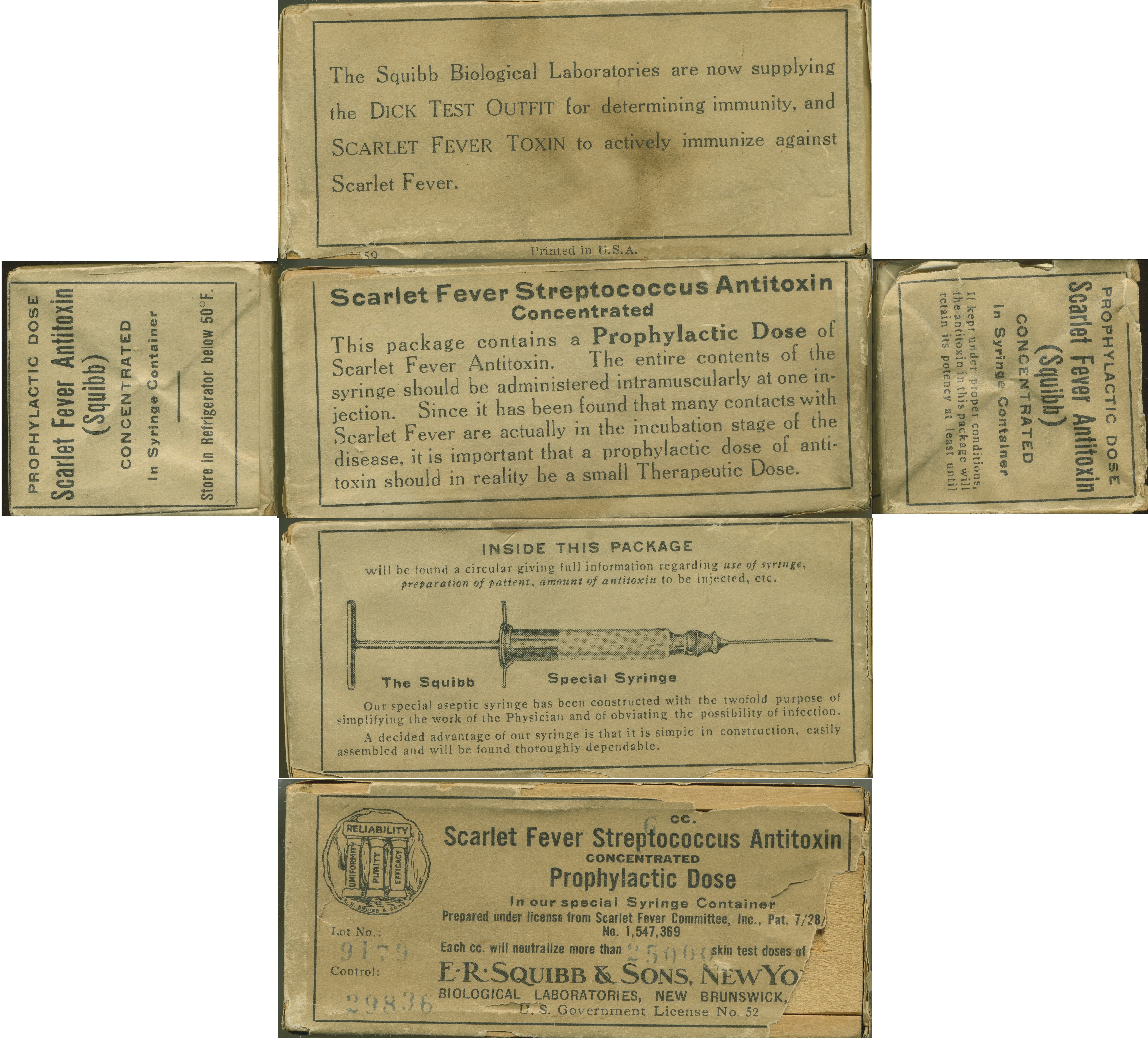 Unless otherwise noted, all documents and photographs belong to the records collections of Rush University Medical Center Archives, Chicago, Ill. Contact the archivist for permissions and full citations.