From the Rush Archives: Martin Luther King, Jr. Day at Rush since 1974

The birthday of Martin Luther King, Jr., has been formally celebrated annually at Rush since 1974. 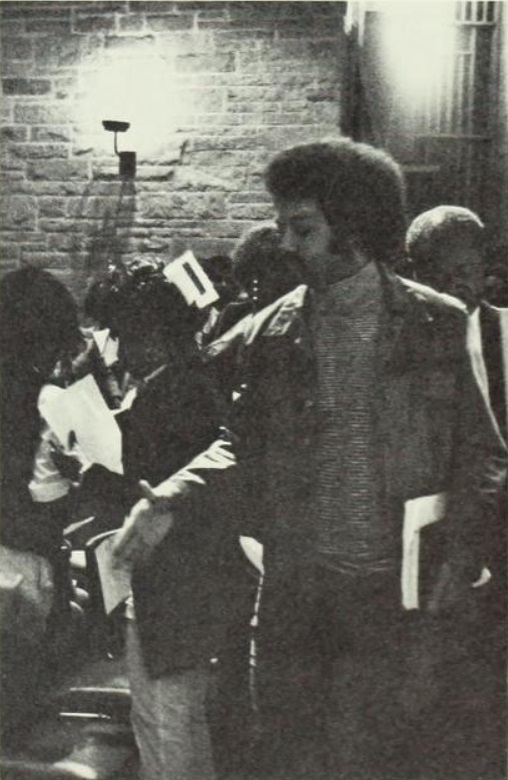 In 1974, Rush held its first service honoring the legacy of Dr. King in the J. Hall Taylor Memorial Chapel in Rush's Kellogg Building. This event would have marked Dr. King's forty-fifth birthday.

This service was particularly notable due to a special guest, Rev. Jesse Jackson. The chapel was crowded as employees thronged to hear Jackson, director of Operation PUSH and close friend of Dr. King.

Rev. Jackson's visit to Rush was covered in detail in the Chicago Tribune. From the Chicago Tribune, "Jesse: Taking Time Seriously Because Time is So Short," by Rick Soll, January 20, 1974: "The people are waiting in the chapel for him and 20 minutes later, the Rev. Jesse Jackson has worked them all into a deep sweat--his inner timing device, just at the right moment pouring it on..."

"...The people are screaming and clapping, repeating the reverend's messages: 'I am...somebody! I may be poor, but I am Somebody! I am Black and I am proud...I am God's child!' Just in time, right on schedule. The country preacher nods his head, smiles to himself, and is out the door and making his way to a tiny room near the chapel..." From the Chicago Tribune, January 20, 1974.

These services of celebration in memory of Dr. King continued annually, often in coordination with Rush's Department of Religion, Health and Human Values and the Office of Community Relations.

Another image from the 1988 service in the Taylor Chapel represents the spirit of the Rush community coming together to honor Dr. King's legacy. Longtime Library staff member, Larry Lennix, can be spotted in the black shirt, singing along in fellowship. 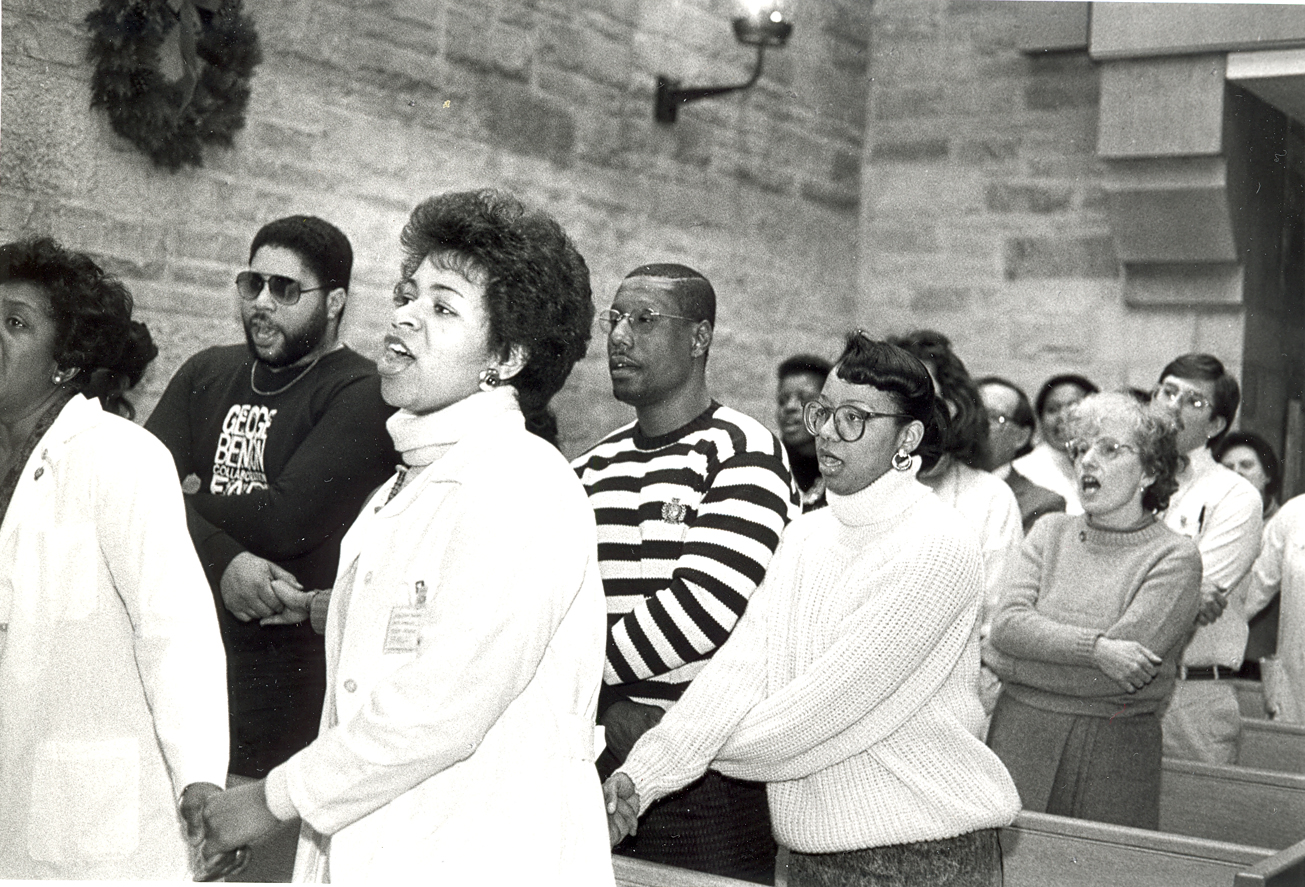 Over the years, Rush University students have continued to honor the legacy of Dr. King by participating in a Day of Service on Martin Luther King, Jr. Day, using their "day off" from classrooms to work together on service projects in the community.

One of the first Day of Service opportunities for Rush University students included organizing a veterans’ fair and a breakfast for 250 men and women experiencing homelessness, and the renovation of a science lab at James Jordan Boys and Girls Club.

CAPTION [bottom]: Rush University students prepare breakfast at the Franciscan House of Mary and Joseph shelter during the Day of Service. From NewsRounds, March 2012. [4] 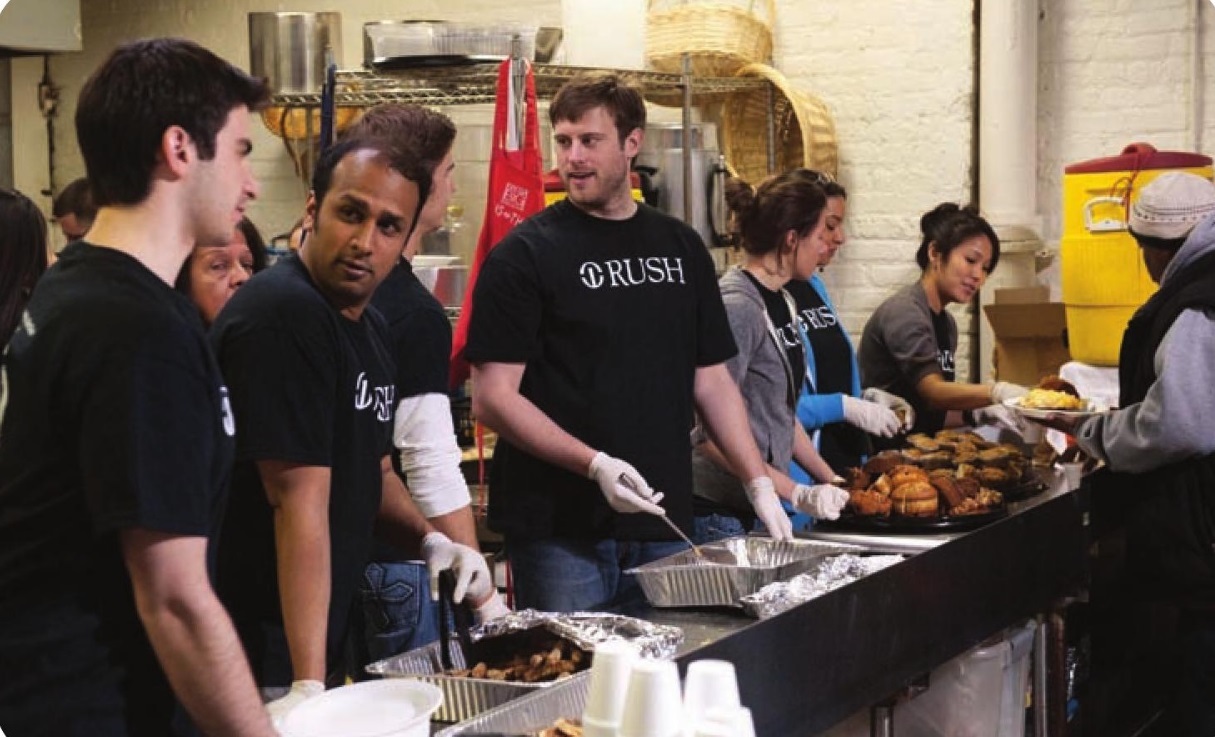 More recently, Rush University students and the Rush Community Service Initiatives Program have participated in several activities on and off campus, including making blankets for individuals experiencing homelessness and preparing breakfast at the Franciscan House of Mary and Joseph shelter.