Today is the International Day of Radiology, an annual event promoting the role of medical imaging in modern healthcare.

This year, 2020, marks the 125th anniversary of the discovery of x-rays! X-rays were discovered, November 8th, 1895, by Wilhelm Conrad Röntgen, a professor of physics at the University of Würzburg in Germany.

So today, we'll reflect on Rush's first X-ray machines, 1898, and further advances in radiology at Rush in the 1970s. 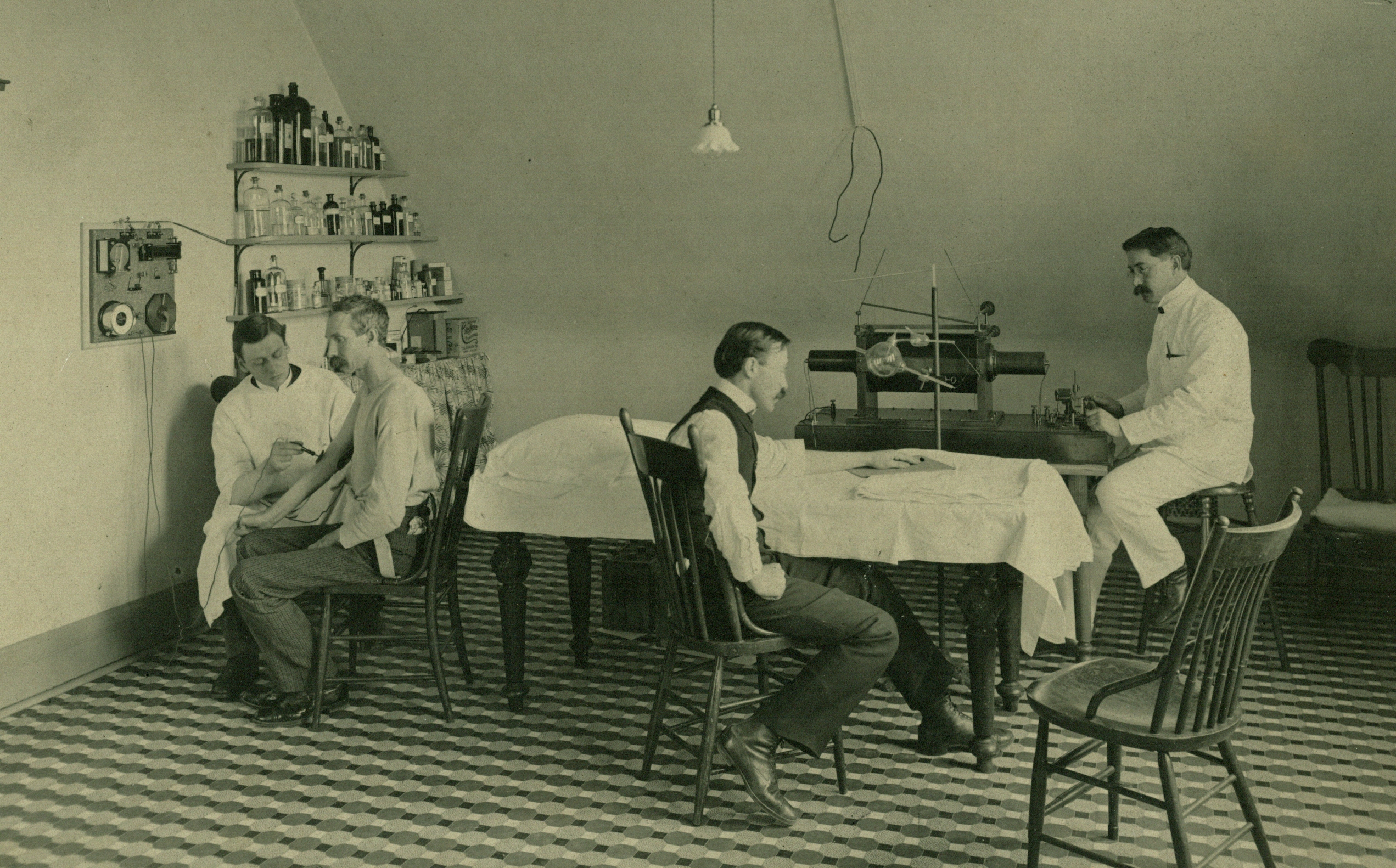 Rush's historic Presbyterian Hospital* acquired its first x-ray machine in 1898. Within a few years, it had become an important part of the hospital's diagnostic and therapeutic offerings for patients.

"...In the X-ray department 542 skiographs were taken, of which 98 were free and 444 paid; 1,759 treatments were given, of which 590 were free and 1,169 paid. In many cases, however, the amount paid did not cover the actual expense of the skiograph or treatment. This work is far in advance of any previous year, and as we now have the most complete X-ray laboratory in the West we feel sure that the work in this department will increase." 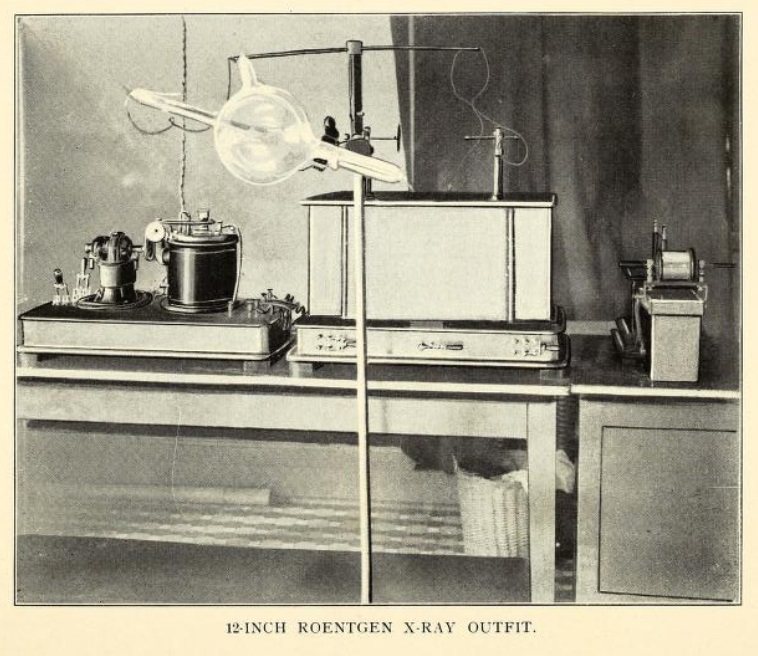 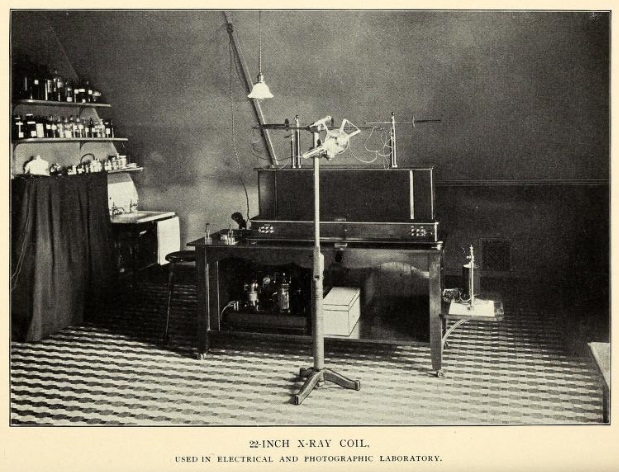 A sampling of articles written by Rush Medical College faculty and Presbyterian Hospital staff provides an overview of the advances in research into the use of x-rays for various conditions.

Surgeon Arthur Dean Bevan, MD, covered a wide range of research topics during his many decades at Rush and Presbyterian, including the following:

Renowned pathologist Ludvig Hektoen, MD, also on faculty at Rush and on the Presbyterian staff, showed another research interest in the use of x-rays in his article, “The Influence of the X-Ray on the Production of Antibodies,” 1915.

Many advances have been made since those early years of discovery. 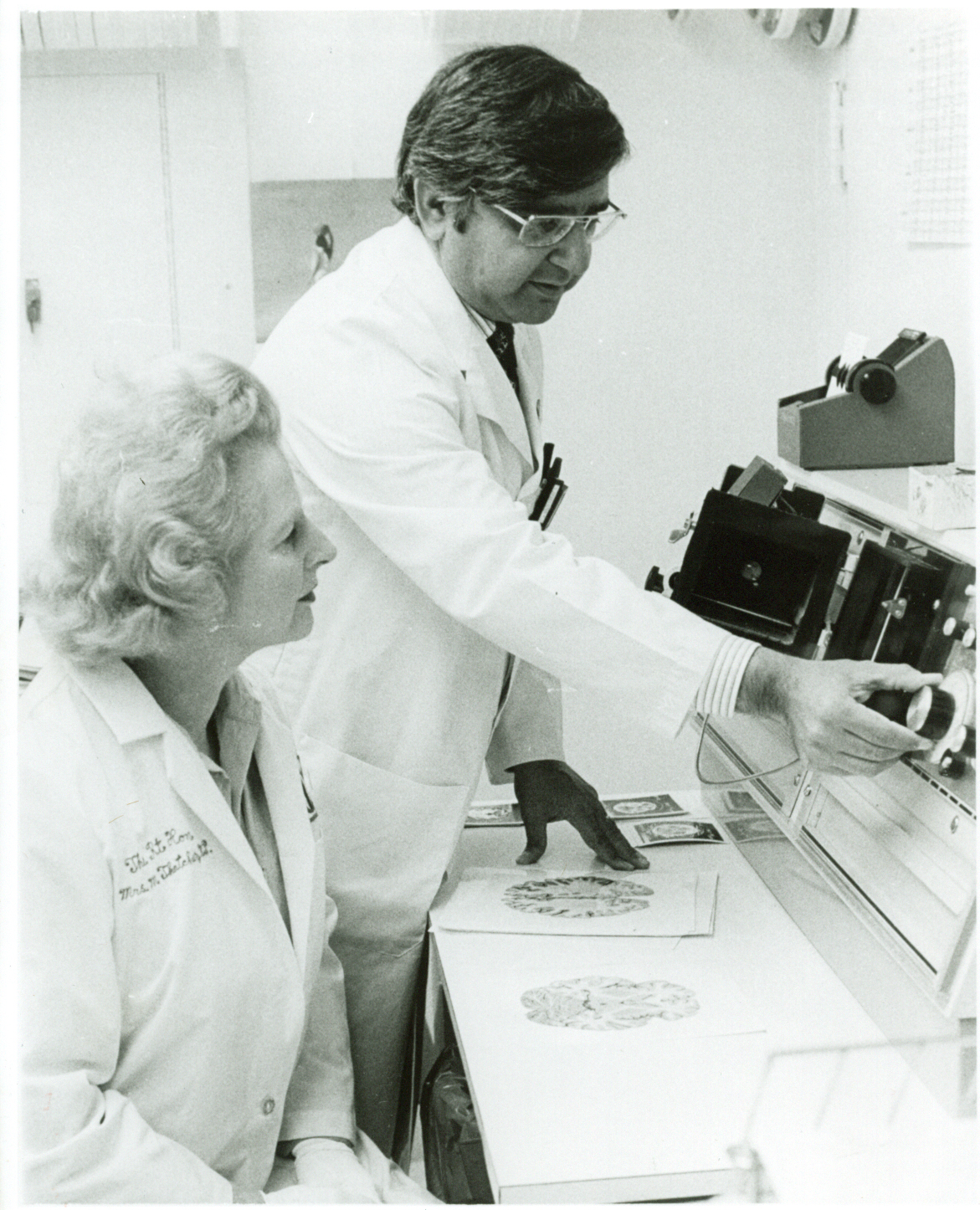 CAPTION: Thatcher gets a close-up look from Michael Huckman, MD, director of the section on neuroradiology. From Rush's NewsRounds, December 1975. [3]

To learn more about the history of Rush's radiology and nuclear medicine departments, the Rush Archives suggests the following: