From the Rush Archives: David Jones Peck, MD (Part 2 of 4)

--This blog post is the second of four pieces on the life and legacy of David Jones Peck, MD, Rush Medical College, class of 1847.

To learn about the beginning of Dr. Peck’s journey, please review our first blog post, which covers his life before coming to Chicago: [link] [1] 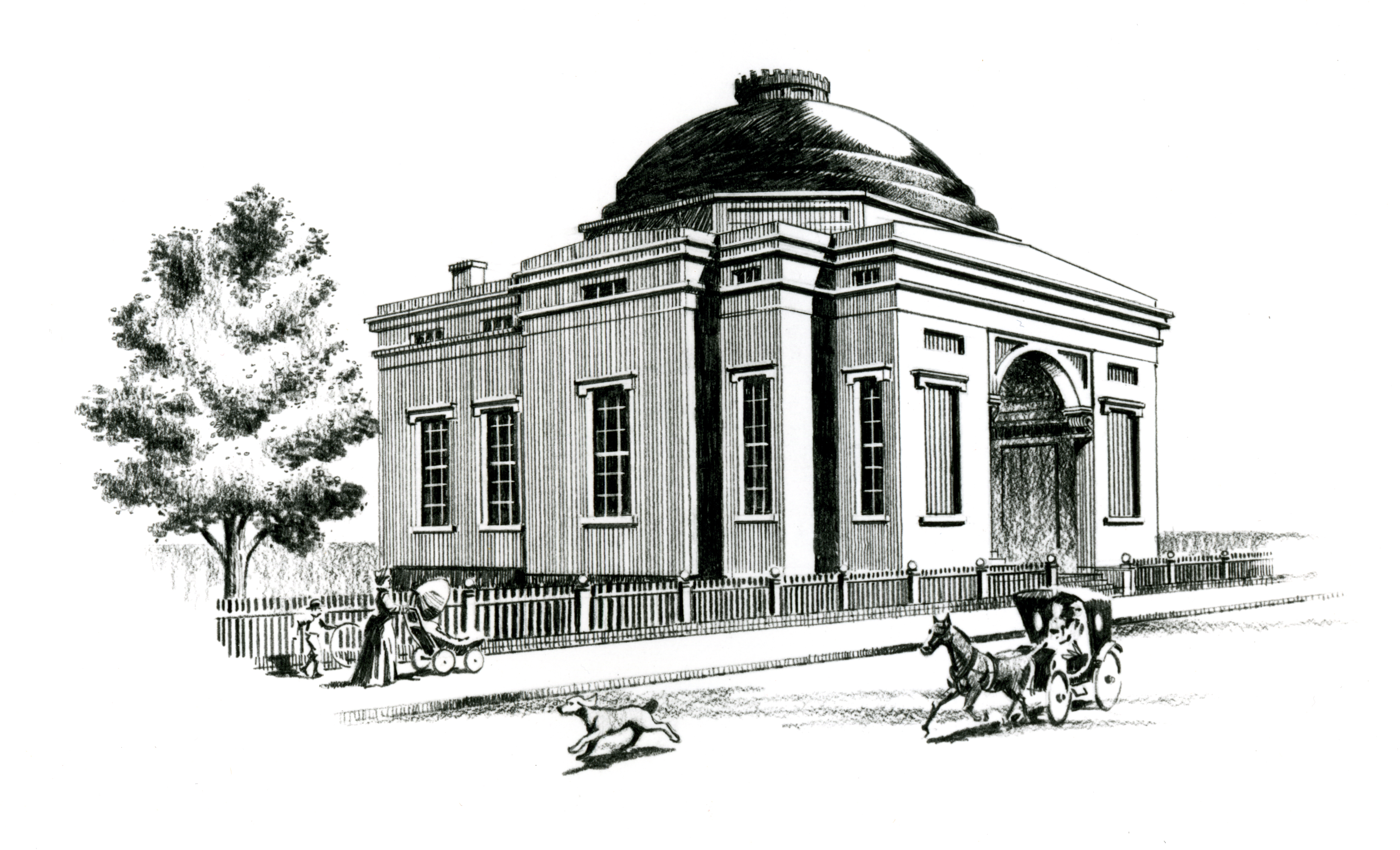 Rush Medical College was established, March 2, 1837, two days before the city of Chicago received its own charter from the state. The school was the first medical school in Chicago and one of the first in the state of Illinois.

Rush Medical College was founded by Daniel Brainard, MD, (1812-1866) who had recently earned his medical degree in Philadelphia, the largest city in the United States at the time. [2]

Even though Brainard was only twenty-five years old when he established the school, he soon became a prominent person in early Chicago. He also was appointed the city’s first health officer by the Chicago Board of Health.

Keep in mind that James McCune Smith, MD, became the first Black American to earn a medical degree in Scotland that same year.

Rush Medical College opened in December 1843, so it was still a relatively new school when Peck arrived as a student a few years later.

One of Brainard’s good friends was Dr. Charles Dyer, a white physician who served on the faculty of Rush Medical College, 1846-1849.

Dyer came to Chicago in 1835. As a well-educated man, as a physician, and as a substantial landowner in early Chicago, he had a lot of influence. He was known as a fiery, outspoken, lifelong activist and used his power to speak out against slavery and in support of Black advancement. His participation in the Underground Railroad network was well-known.

It’s important to remember that civil rights activists who worked toward abolition and the advancement of Black Americans were “despised” by most white Americans during this era. These activists were considered by many to be dangerous troublemakers for standing against the status quo.

CAPTION: The biography of Charles V. Dyer from Biographical Sketches of the Leading Men of Chicago, 1868, includes examples of his work assisting both free Black Americans and those escaping enslavement. Two of the other men in the list of fellow "principal officers" of the Underground Railroad in Chicago were Judge L. C. P. Freer (longtime president of the Rush Board of Trustees, 1865-1891) and J. Adams Allen, MD, (longtime Rush faculty and Trustee, and Rush president, 1877-1890). [4]

Dr. Dyer sponsored David Jones Peck as his preceptor. During this time period in the United States, most physicians did not attend medical school or have a medical degree. To be admitted to medical school, students were required to have already served a few years as an apprentice to a reputable physician, and a physician was expected to vouch for the student during his time at school as his preceptor. 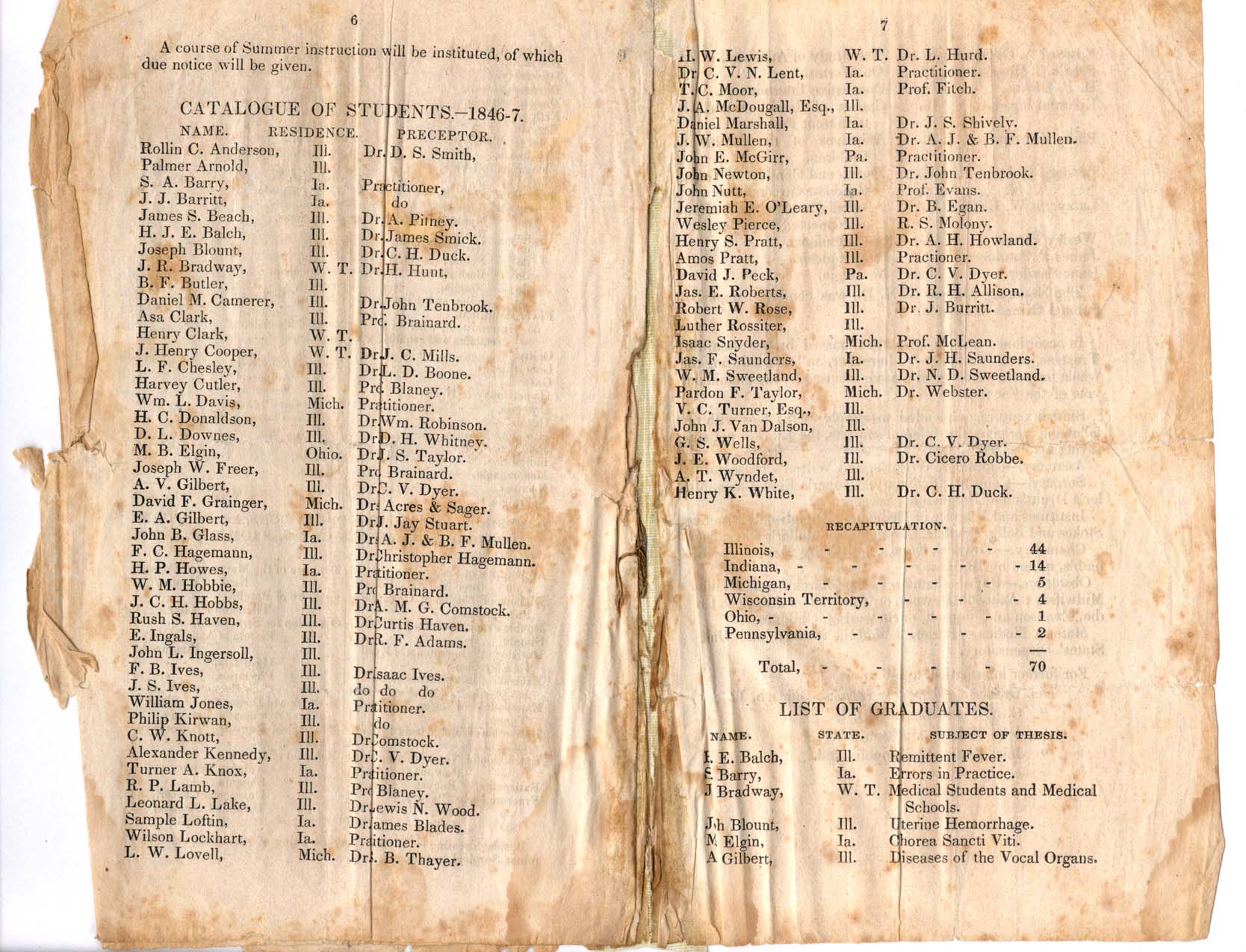 Dyer’s Underground Railroad network counterparts in Pittsburgh would have included individuals mentioned in the previous blog post: Drs. Joseph Gazzam and Martin Delany, Peck’s father, Rev. John Peck, and others. These men would have vouched for Peck’s abilities, and, it seems, Dr. Dyer was determined to assist a Black man in being the first to earn a medical degree.

Although we don’t have any recollections from Peck himself about his time at Rush Medical College, we can try to piece together what his medical school experience would have been like. 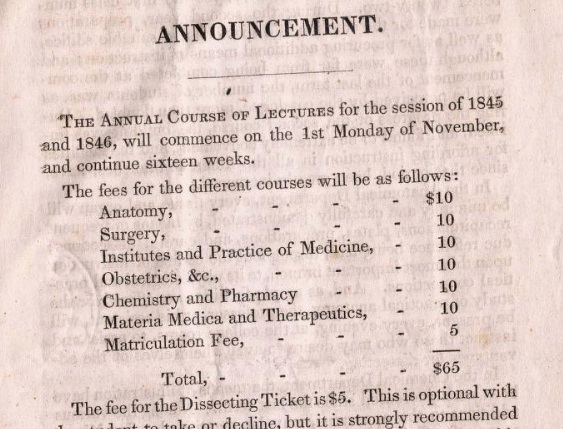 Rush Medical College offered one 16-week course each year, which usually began in October or November. Students were required to have completed three years of study (an apprenticeship) with a respectable physician.

During the 1840s, medical students learned mostly through lectures and recitation, although some schools, like Rush, offered dissection opportunities and observations of surgical clinics. For some perspective, the germ theory of disease wasn’t introduced until the 1860s, and it took a few more decades for this concept to gain popular acceptance in American medical schools. [7]

In the decades leading up to the Civil War, the United States did not divide simply into states that supported slavery and those that did not. Illinois had a complicated relationship with slavery. Almost every major political or economic decision made on the state or local level involved the issue of slavery in some way.

In Chicago, one example of the far-reaching arm of enslavement outside of so-called “slave-states” occurred around 1845.

A fellow member of Peck's class at Rush Medical College, E. A. Guilbert, MD, shared a recollection with another alumnus, Ephraim Ingals, MD, in 1899. In his anecdote, Guilbert stated that Dr. Dyer, along with Guilbert and other Rush Medical College students, physically attacked “slave-catchers” in Chicago to allow their victims to escape. [8*]

Although he is not mentioned in the letter, Peck, as a member of their class, would have been aware of this incident, as well.

“A good thing that happened at Rush”

[Content Warning: The original historic document from 1894 mentioned below includes harmful language. An edited version of the original text can be found below. **]

Unfortunately, we do not have many contemporary mentions of Peck’s time at Rush, so we have to make the best of the few mentions of him that were made many years later.

Another 1847 alumnus, John L. Ingersoll, MD, wrote a letter to the student and alumni newsletter of Rush Medical College, The Corpuscle, in April 1894. [9**] In it, he gave his account of attending Rush with Dr. Peck and the controversy at the time. One interesting bit of information was that Ingersoll had already known Peck from their time together at Oberlin College.

Ingersoll began his reflection by calling it "a good thing that happened at Rush." According to Ingersoll, some Rush Medical College students had objected to the admission of Peck as a Black student. The Rush faculty and Dr. Brainard were in support of Peck. Dr. Brainard “laid the case” before the students and then allowed them to vote. The students voted in favor of allowing Peck to continue the course. [Another similar vote, with the opposite result, will be in Part 3.]

Ingersoll’s story also explains that one student, “Sanders,” from Indiana, had “made much too big a blow about it to back down.” Because Peck was allowed to continue his studies at Rush, Sanders asked Dr. Brainard for a refund of his matriculation fee. Brainard refused, so Sanders left Rush for LaPorte Medical College in Indiana.

Later, Brainard told Ingersoll what had happened to Sanders at his new school. Supposedly, the students at LaPorte had heard about why Sanders had left Rush. They then mocked him so mercilessly for the fact that a Black man had been chosen over him that he ended up leaving LaPorte, too.

“Where color does not exercise so great an influence…”

After earning his medical degree from Rush Medical College in 1847, Dr. Peck returned home to Pittsburgh. Peck was about 21-years-old at the time. 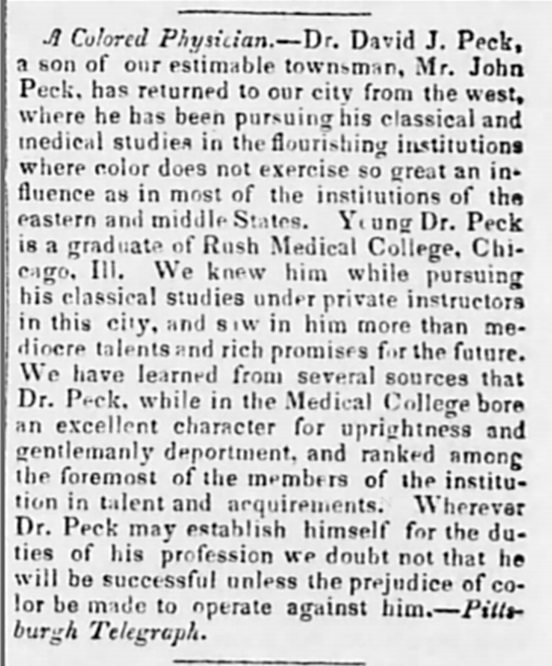 In July 1847, The Pittsburgh Telegraph announced Dr. Peck’s triumphant return. Whether accurate or not, this Pittsburgh paper described Chicago as a city “where color does not exercise so great an influence as in most of the institutions of the eastern and middle States.”

"…We knew him while pursuing his classical studies under private instructors in this city, and saw in him more than mediocre talents and rich promises for the future. We have learned from several sources that Dr. Peck, while in the Medical College bore an excellent character for uprightness and gentlemanly deportment, and ranked among the foremost of the members of the institution in talent and acquirements. Wherever Dr. Peck may establish himself for the duties of his profession we doubt not that he will be successful unless the prejudice of color be made to operate against him."

CAPTION: From The Anti-Slavery Bugle, Lisbon, OH (Reprinted from The Pittsburgh Telegraph), July 9, 1847. [10]

The accomplishments of Dr. Peck and other Black Americans during this era were a source of pride and hope for Black Americans and activists working toward Black American causes. However, there were white Americans in all states who saw these recent advancements as a threat to their own interests, which led them to double-down on efforts to oppress and control all Black Americans, both free and enslaved.

Peck’s struggles were far from over.

...Do you remember this one? Were you in the crowd? That is to say the rescue by Rush students and others led by that medical Boanerges* Dr. C. V. Dyer of certain fugitive slaves sometime in Jan. or Feb. 1845? Old Squire Kercheval’s office (Col. he was called) was just south of Blaney’s office. The rescue occurred as the slave-catchers and their victims came out of the Squire’s office. The Col. if you remember, was a typical Kentucky Col. Sah! & could be always depended upon to rule in favor of the slave catcher. I remember coming out of that, not ignoble, row with my collar & cravat & shirt front in rags & with an artistic black eye... [From the Ephraim Ingals Papers, #4698, Rush University Medical Center Archives, Chicago, Ill.]

Archivist's Note: “Old Squire Kercheval” and the “Squire” were Col. Benjamin Berry Kercheval, Sr. (1793-1855), one of Chicago’s earliest landowners. Blaney was James V. Z. Blaney, MD, Professor of Chemistry and Dean of the Faculty, Rush Medical College. “Boanerges” was a Biblical reference for a fiery preacher-type.

**NOTE: Ingersoll’s recollection of the student vote at Rush, 1894:

I must tell you a good thing that happened at Rush. The year before I was there a young colored man by the name of Peck, whom I had met at Oberlin, was admitted as a student and returned the next year. Well Rush had many more students that year and some of them objected to a “[racist term].” [Quotes were author’s.] The Faculty were in favor of allowing Peck to attend again. The Faculty did not like to take the responsibility of deciding the question, so the President, Dr. Brainard, came before the class and laid the case before them to decide as they saw fit, at the same time indicating how he felt. He then left the hall, and the students after talking the matter over put it to vote and we admitted the [another racist term] whooping. Well there was a young man by the name of Sanders, from Indiana, who had made much too big a blow about it to back down, accordingly he went to Dr. Brainard and wanted him to refund the price of his matriculation ticket. Brainard refused and Sanders pulled heel for Laporte Ind. Medical College. Soon after he joined, the students got hold of the story and Dr. Brainard told me the way they told it was this, that the students at Rush took a vote on the case of Sanders and Peck and admitted the [racist term] and refused Sanders. His fellow students guyed him so mercilessly that he left the college.