National College Colors Day is observed the Friday before Labor Day. Founded in 2004 by the College Licensing Company, this is a day meant to encourage everyone to display their team spirit. 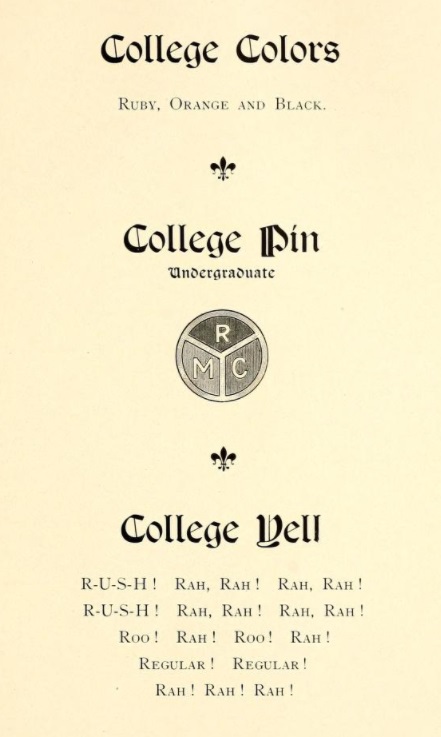 Sure, Rush University may not have official sports teams representing the school, but it’s fun to look back on the days of Rush Medical College’s football, basketball, and baseball teams!

CAPTION: Page from the Rush Medical College yearbook, The Pulse, 1895*

According to the Rush Medical College yearbook, The Pulse, 1895, the college colors at the time were “ruby, orange and black.”

And the 19th century Rush Medical College “College Yell” is something Rush University can certainly still get behind.

Unfortunately, we have not seen any examples of this "College Pin" in the Rush Archives, nor have we seen it mentioned anywhere else in our substantial 1890s-era records. Perhaps it was a short-lived item. 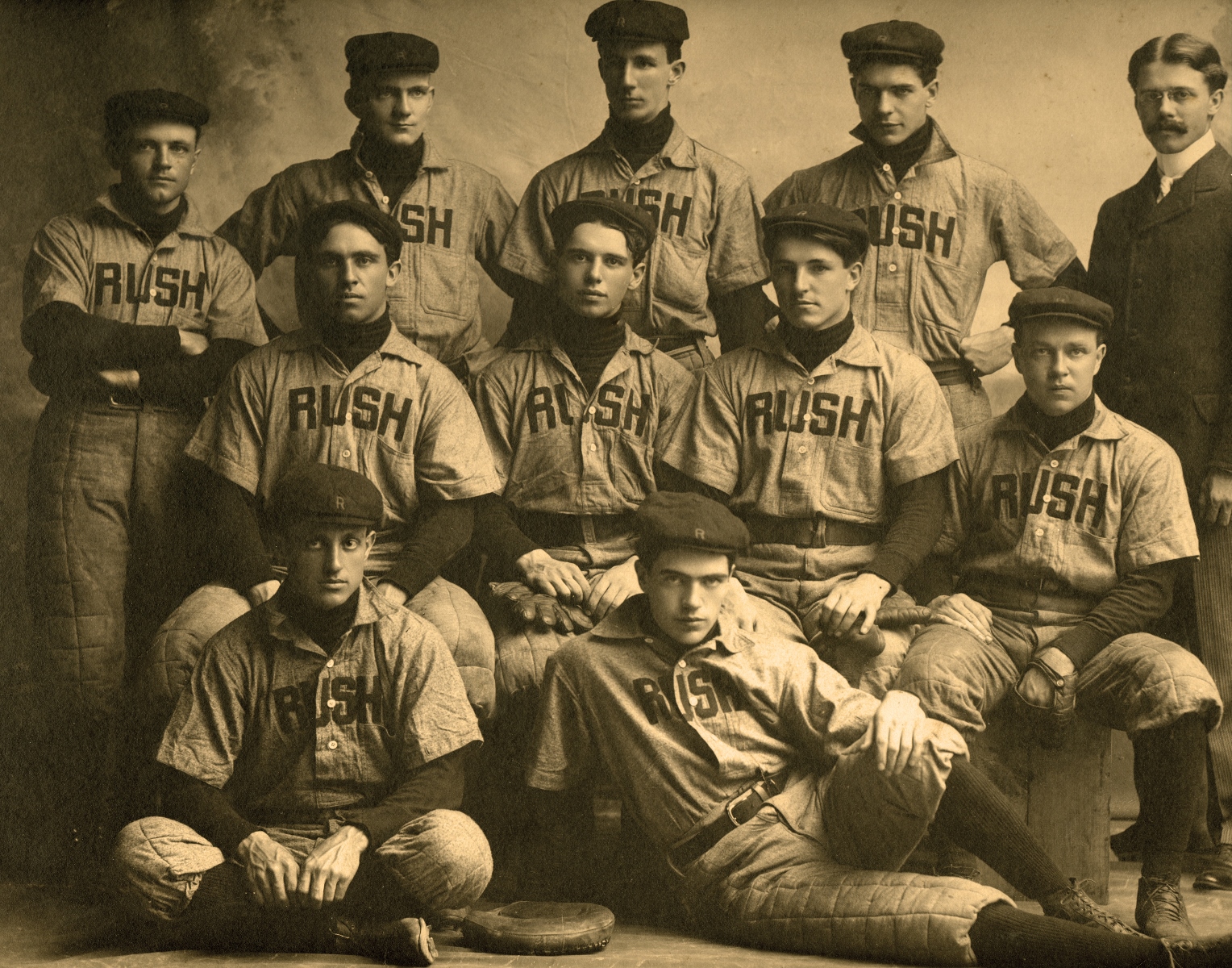 CAPTION: Rush’s baseball team, 1900. From the John E. Schwendener Papers, #4708. Schwendener is seated on the left-hand side of the middle row.**

One of the most striking features of Schwendener’s 1900 baseball jersey is the deep maroon felt lettering. Although the black and white photo of Dr. Schwendener and his team sporting the jerseys is a fantastic image, being able to see the colors of the actual jersey in real life is pretty special. 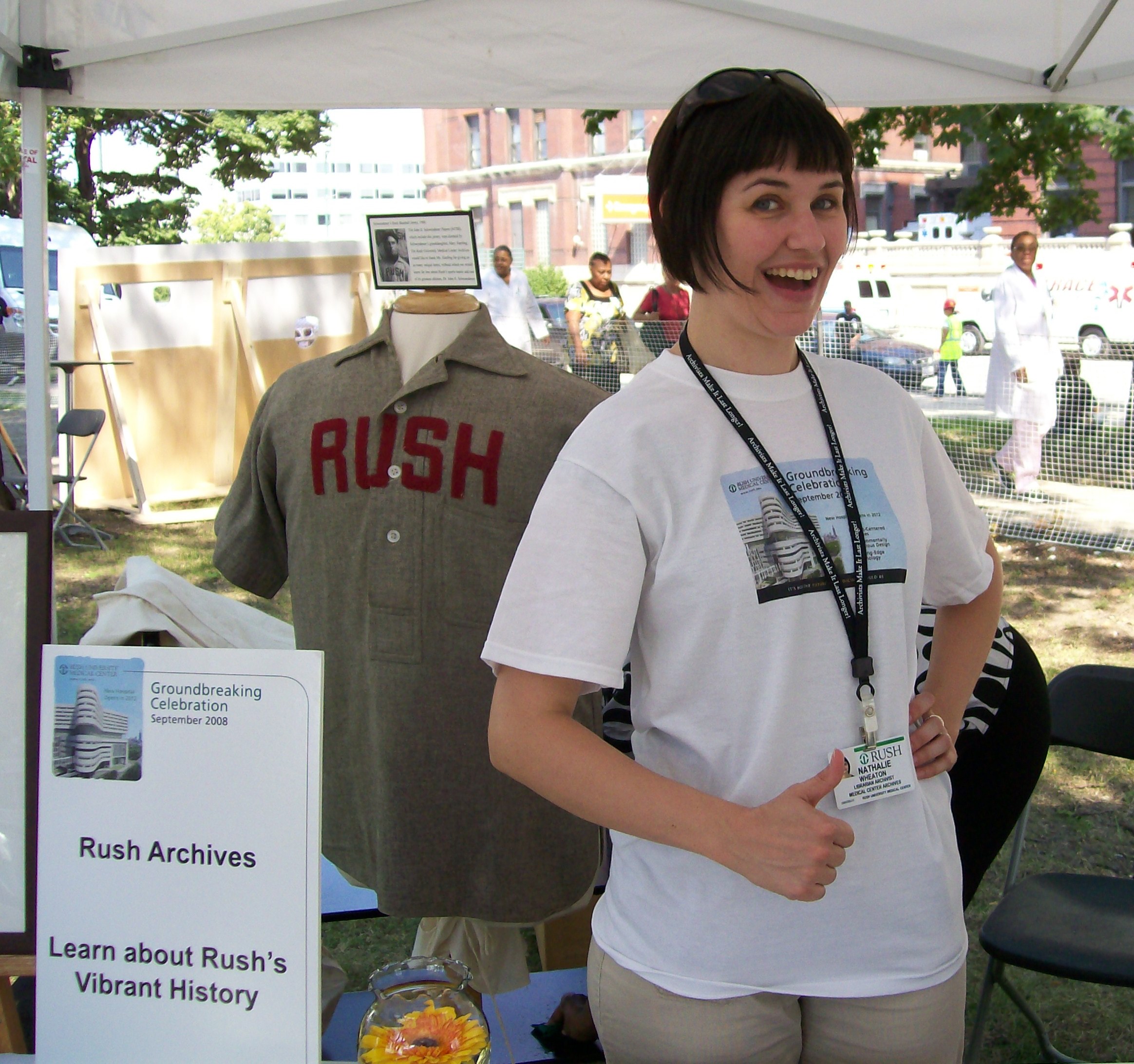 Want to learn more about Rush Medical College’s sports teams? Leave a comment below or send an email to the archivist, and we’ll do a follow-up post with plenty of details and photographs.