From the Rush Archives: Braille Literacy Month and Braille in Rush History

From the Rush Archives:

Braille Literacy Month is observed in January to honor the month of birth of the creator of Braille, Frenchman Louis Braille, born January 4, 1804. Braille lost his sight at a young age and began to develop his own raised dot alphabet in the 1830s.

The high number of injured and disabled soldiers returning from the battlefields of World War I led to rapid advancements and developments in many specialties. Occupational therapy, plastic surgery, and tools like Braille began to reach wider populations after their usage during World War I.

The April 1918 issue of The Bulletin (the newsletter of Rush’s historic Presbyterian Hospital), provided an overview of “The Rehabilitation of the Disabled Soldier in the Western European Nations and in Canada.” [1]

"...There is no more convincing proof of the vitality and the unimpaired morale of the nations now at war than the work that is being done by them for the disabled soldier, and the plans that are being matured in the several countries for reabsorption into civil life of the vast armies of men that will be released upon the close of the war. Nor could there be a better exemplification of real democracy than the recognition that no monetary consideration nor sentimental adulation can in any sense express the nation's obligation to the returned soldier. Taken from his home, his profession or his labor and thrust into an occupation that may mean serious loss, it is considered but justice that in addition to his pension he should be put into as perfect condition as possible if disabled, and that as large a place in the community should be found for him on his return as his physical, mental and moral faculties can be trained to fill..."

The newsletter reported that in England, representatives of the famed St. Dunstan’s Hospital for the Blind “go into the military hospitals to hunt out the blind, that the work of rehabilitation may begin at the earliest possible moment. From the hospital they are taken as quickly as expedient to St. Dunstan's Hospital itself, where they are taught to read and write Braille, are provided with a Braille typewriter which remains their own, and are taught a trade; netting, cobbling, basketry, joinery, mat making and poultry farming.” 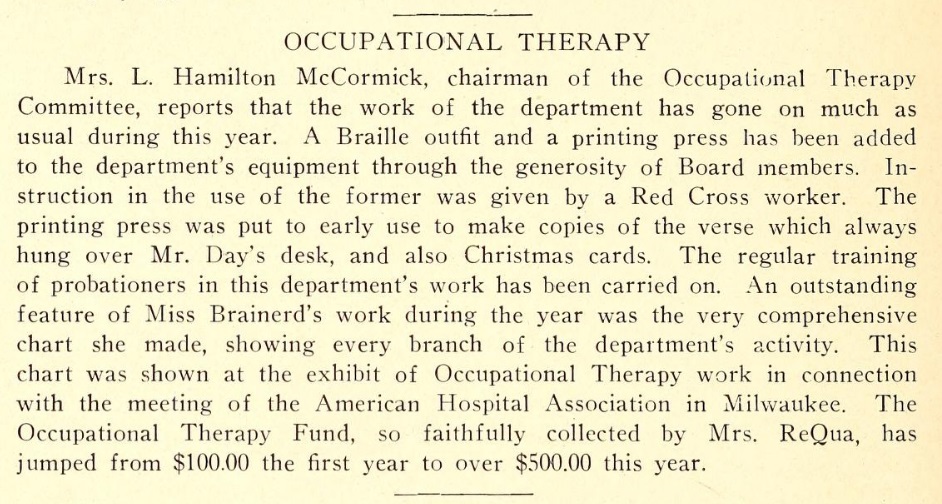 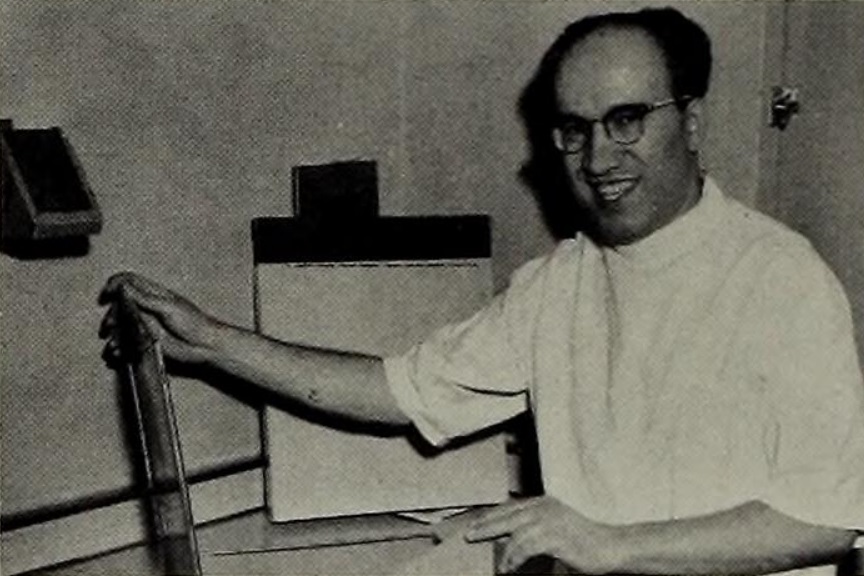 "...When Herb joined our staff, we were very skeptical as to whether an individual handicapped in this way would be able to work in a hospital environment. However, I received much encouragement from other radiology departments who had trained and were using blind persons in various capacities..."

Twenty years later, in 1983, Rush’s newsletter, NewsRounds, included a profile on Tony Burda, RPh, a pharmacist and poison information specialist at Rush’s Poison Control Center. Burda was blinded at 21 by an accidental poisoning, and knew “firsthand the toll time takes when toxic substances are ravaging the body.” In those days, poison information specialists used index file cards to search for poison antidotes quickly. Burda was no exception, except he could read rapidly from Braille file cards. 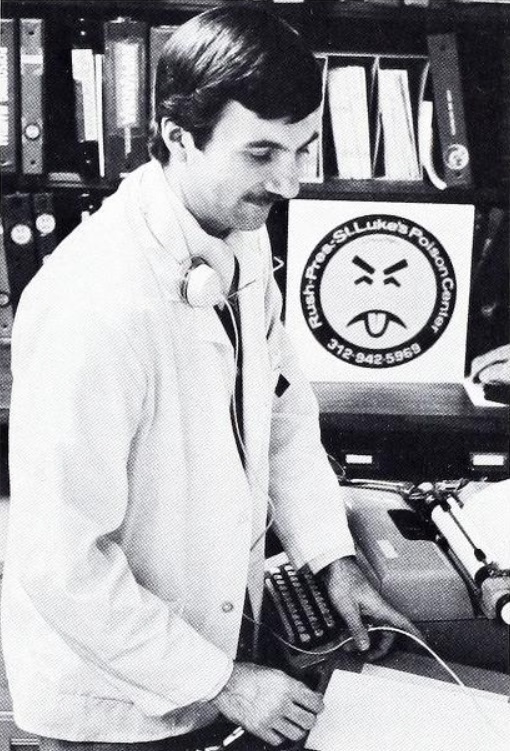 Even after graduating in the top ten in his class from the University of Illinois College of Pharmacy and scoring 91 percent on the state licensing exam, one of the highest scores in the state, the Illinois State Board Agency refused to issue Burda a pharmacist registration based only on the fact that he was blind.

According to the article, Burda took the case to court, and, after two years of hearings, he was finally granted a license in February 1981. Burda continued to work toward expanding the rights and opportunities for other blind Americans by serving on the board of the National Federation of the Blind. Burda also made himself available to recently-blinded hospital patients learning to navigate their world in a new way. He thought it was important for them to have an opportunity to speak with successful blind people for referrals, information and encouragement.

The website Paths to Literacy includes many interesting and informative resources related to Braille:
www.pathstoliteracy.org/blog/celebrate-braille-literacy-month

[The 1983 article mentioned above was reprinted in NewsRounds from the Chicago Tribune, "Tony Burda: Opening Eyes with His Abilities" by Barbara Mahany.]