Since 1964, February has been observed as American Heart Month, a time to recognize the importance of heart health.

Nowadays, most people are familiar with the familiar beeps and peaks of an electrocardiograph, whether from personal experience or from countless movies and tv shows. It's easy to take such a common device for granted. Electrocardiography, a method of recording electrical signals from the heart, is a common tool for the diagnosis of many heart problems. 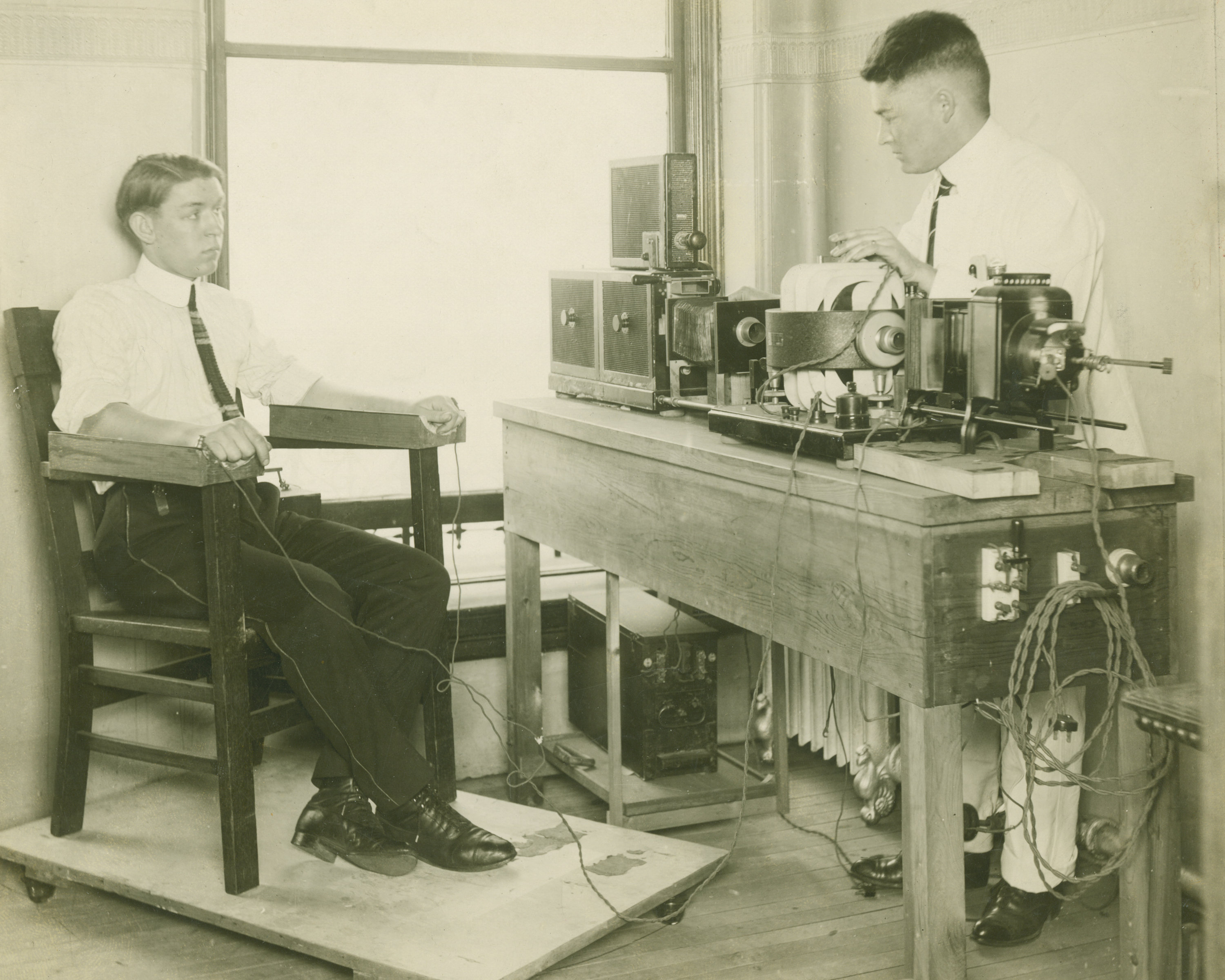 In 1914, the first electrocardiograph in any Chicago institution was installed in Rush's historic Presbyterian Hospital. The device, then called “an electric cardiographic machine,” was the gift of philanthropist Nettie Fowler McCormick.

"...All the floors of the hospital will be wired to the room in which the machine is situated, and patients can thus be examined on every floor. The machine records the action of the heart and photographs it on prepared paper. It is of great advantage in heart cases as well as in typhoid, pneumonia, and all the diseases in which the action of the heart needs to be carefully considered..."

Physicians considered the machine to be a huge step forward in diagnostic care. In this same 1915 Annual Report, a staff member remarked, “I have learned more about hearts in the past year than in all other years of my practice put together.”

Dr. Smith recounted the many developments made with the electrocardiograph and the influence of famed cardiologist James B. Herrick, MD*, in the investigation of coronary thrombosis.

"...It was one of the earlier makes, and as I recall, was either an Edelmann or Hut-Nicolai. This was replaced in 1916 by a Cambridge instrument and it was my good fortune to have charge of it. This, and the one in Doctor Herrick's office, were the only electrocardiographs in Chicago at that time. These two machines established land marks in electrocardiographic incident to coronary thrombosis."

Smith continued, "The one at the Presbyterian Hospital was the first to record the changes following the experimental ligation of the coronary arteries of the dog and paved the way for the recognition of the electrocardiographic alterations in man following coronary thrombosis. The machine in Doctor Herrick's office was the first to record a curve which was recognized as being distinctive of coronary thrombosis. Doctor Herrick made these developments possible." 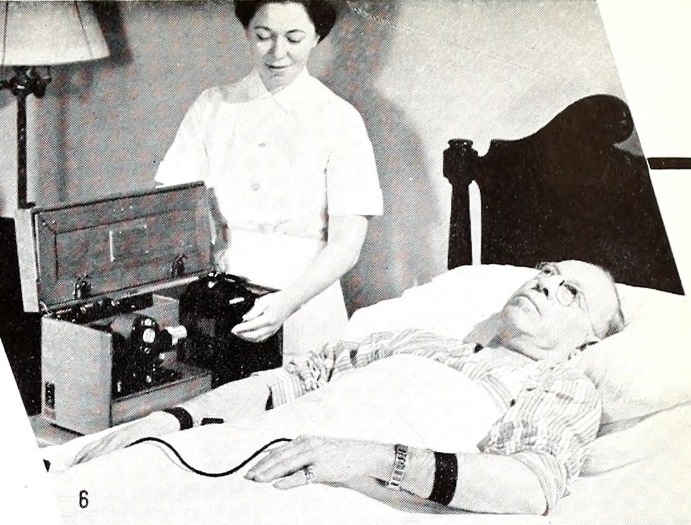 One key advancement to EKG technology was the ability to transport the machine easily to patients' rooms. The 1940 Annual Report of Presbyterian Hospital stated, "This portable electrocardiograph machine makes it unnecessary to remove the patient from his bed or room for a heart-action recording."

The Rush Archives is fortunate to include a 1932 Hindle “All Electric” Electrocardiograph in our collection.

This machine was donated to the Rush Archives by Howard Wakefield, MD, in 1968. Wakefield served in the U.S. Navy during World War I and graduated from Rush Medical College in 1924. 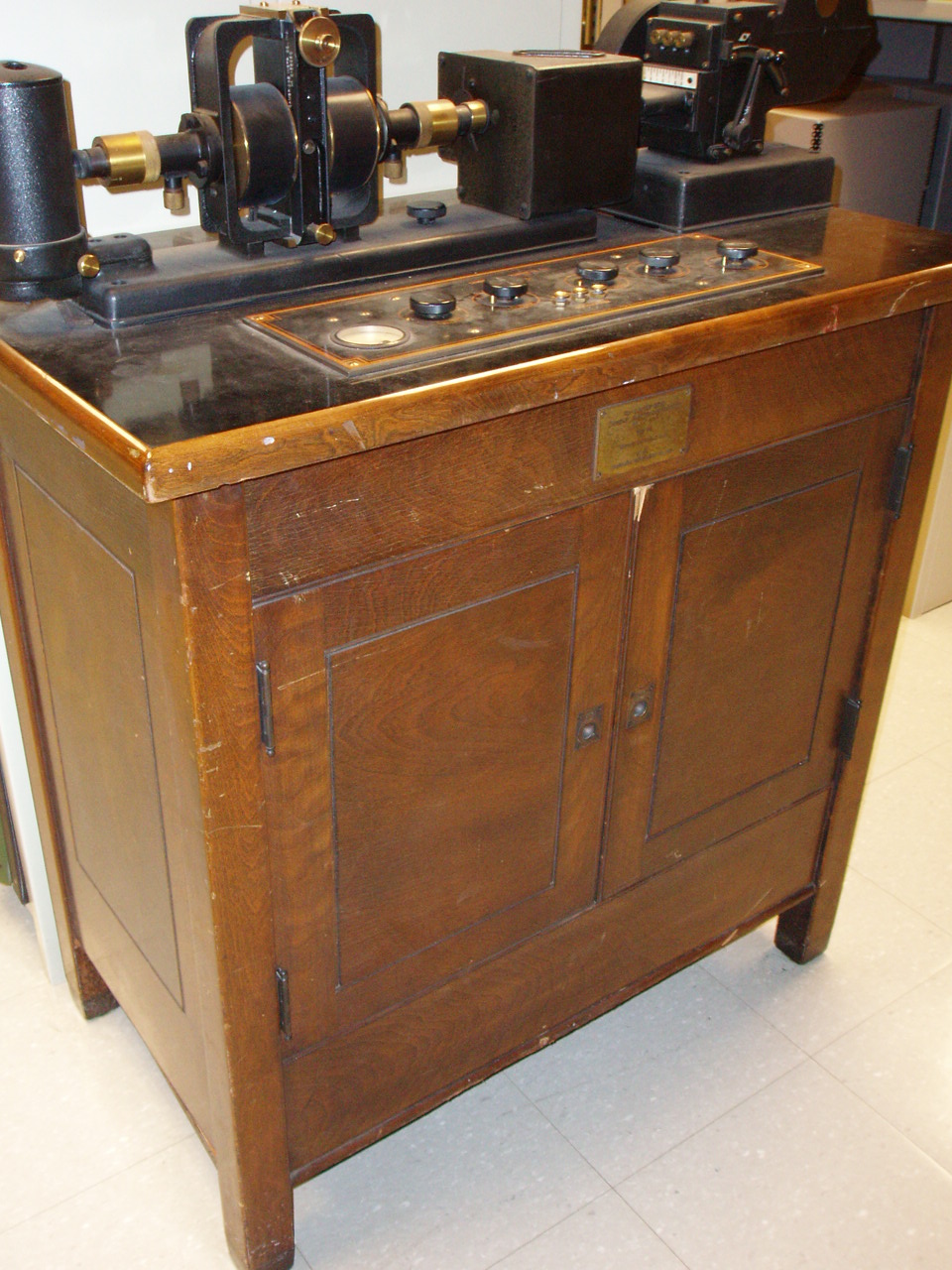 CAPTION: Wakefield's 1932 Hindle EKG has been part of the Rush Archives collections since 1968.***

When Dr. Wakefield ordered the Hindle EKG in 1932, he was one of the few physicians in the city capable of making diagnoses based on EKG readings. He purchased the machine for $1800, and it was the first completely electric electrocardiograph in Chicago.

Unlike the earlier, “gravity models” that produced EKG readings on 3x5 glass plates, the Hindle all electric model used electrical power and printed readings on paper. Dr. Wakefield housed the machine in his office at The People’s Gas Building of 122 S. Michigan Avenue for 36 years.

*More on James B. Herrick, MD: The 1954 article referenced above, which featured the 1914 EKG photograph, was written upon his death by Ernest E. Irons, MD. Irons included his own reflections on Herrick's life and work. Herrick is known as the cardiologist who first described sickle cell anemia in 1910, and it was Irons who, as Herrick's intern, was the first to bring the peculiarly-shaped blood cells to Herrick's attention.

***Thank you to former Rush archivist, Heather Stecklein, for her research on our Hindle EKG machine, which was featured in the September 2006 issue of InfoLine, the newsletter of the Library of Rush.